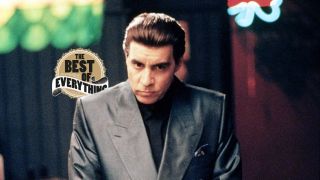 Steven Van Zandt knows his garage rock. So much so, he hosts his own radio show about it. Allow us to present 10 belters from Little Steven’s Underground Garage…

BUZZCOCKS – Sick City Sometimes (2003)
It might seem to be a long way removed from the days of the Spiral Scratch EP, but the Buzzcocks always did have a penchant for the sort of melodies that came from a garage root. They showcased that with Ever Fallen In Love With Someone, but this song, from their self-titled seventh album, really drives home the point.

CREATURES OF THE GOLDEN DAWN – Bye Bye Baby (1994)
Here comes the screaming harmonica and the landmark riffage that marks out this band as natural successors to The Fuzztones and the Headless Horsemen. They emerged in the late 80s, and when you hear Bye Bye Baby, you know you’re in the presence of psychedelic power-pop princes.