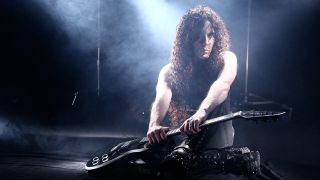 Marty Friedman long ago carved a niche as one of heavy metal’s most talented shredders - as one half of the duo Cacophony (with Jason Becker) and as a former member of Megadeth (playing on such classic albums as Rust in Peace, Countdown to Extinction, and Youthanasia, among others). And Friedman is still an exceptional guitarist, as evidenced by his latest solo offering, Wall of Sound. Having lived in Japan for 15 years now, we felt he was more than qualified to pick ten of his favourite Japanese rock artists, and explain what makes each special.

Maximum the Hormone I would recommend to everybody. I don’t know how to explain it other than it’s extremely heavy, extremely aggressive, extremely punky… it will go from the happiest of happy to the darkest of dark, from zero to sixty, in ten seconds. Fantastic band.

There’s a great visual kei band, Merry, and they’re a two-guitar band, and their music is very reminiscent of Japanese folk music, but done in an extremely heavy and dark context. And they have a very striking image. It has a lot of very interesting guitar playing in it.

Mono I would definitely recommend. I don’t know what genre they call themselves - maybe it’s noise - but it’s the most beautiful noise I’ve ever heard. They do this music that just sounds like going from beautiful silence to sticking your ear in an airplane engine - over the course of a ten or fifteen-minute song. It’s very unusual, but I highly recommend it.

They are very modern, super heavy band, but also with very catchy choruses and super interesting sequencing going on. The guitar playing is very heavy and industrial sounding, and the sequencing is very… it’s like a modern version of Ministry, but with much more well developed choruses in the songs.

They’re kind of similar to the group I mentioned before, Merry, in the way that it’s a visual kei band, with every traditional Japanese roots. But they might be a little bit more on the heavy side and less on the twin guitar side. But if you like one, you’ll probably like the other.

She’s a female bass player and singer, and she plays in my solo band, but she also has her own band, which there is no guitar in it - it’s just herself and a drummer. And you don’t miss the guitar at all, because she is so intense on that bass, it’s so full - it’s really an incredible thing to watch. I would definitely recommend seeing her in her band… or my band.

It’s a girl group, a singing group - they don’t play any instruments or anything - but their arrangements are so over the top and they’re super, super cute. It’s very cute Japanese stuff. Not like Baby Metal cute, but Japanese idol cute. Japanese idol music - especially right now - is by far the biggest thing over there. And it’s this super healthy genre right now. They just made their major debut on Universal in Japan. Absolutely fantastic. So if you’re a little bit adventurous, I would just say look them up and listen to their songs. It’s not for the faint of heart.

I would have to go for another idol group, Momoiro Clover Z, who I have done a lot of work with - I’ve played with in concert and recorded with. It’s just a super musical, adventurous, deep, exciting, colourful, extravagant unit. It’s a five-girl unit, and their arrangements and their song structures and songs in general are pure fun and so incredibly futuristic, while being easily relatable. Which to me is the most important thing - if something sounds futuristic but you can grasp onto it, that’s the ultimate, and that’s what they continue to do, and fill stadiums doing it.