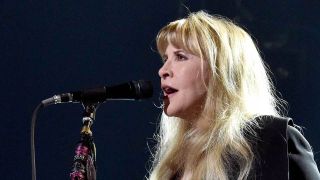 Stevie Nicks may appear to have a complicated and ambivalent relationship with Fleetwood Mac, but you’d be hard-pressed to find a greater public proponent for the band. Since 1981 the writer and singer of Rhiannon, Dreams, Sara and many more has juggled a successful solo career alongside being in the group and has sometimes frustrated her bandmates with her priorities. But Nicks still swears allegiance to the Mac and is always ready to add a new chapter to the saga – when it fits.

You maintain an active and successful solo career, as well as membership in Fleetwood Mac. What’s the allure of doing both?

Solo work and Fleetwood Mac is a really great thing to be able to go back and forth to. You can do your own thing until you get bored and then you can go to the other thing and do that until you start to get bored, and then you can go back to the other thing. It helps you stay more excited and uplifted for what you do so you’re not just doing one thing year after year.

It keeps it fresh, in other words.

Basically, what we are is entertainers. When we go on stage we’re performers. That’s what we do. Even if this band had never made it big, we’d be playing all the clubs. So it isn’t a question of keeping it fresh, it’s that we’re doing what we love and we don’t have anything else, basically, to do.

What’s the most difficult adjustment when you move between the two?

From the very beginning, when I was seventeen, I wanted to be in a band. When you’re in a band you’re a team. When I’m in solo work, I’m the boss. I have gone back and forth about it in my head. I’ve decided I do like being the boss, but I’ve been in Fleetwood Mac for so long I understand how to not be the boss and be part of a team and a team player and it’s okay. Part of it knocks your ego down, makes you humble. So there’s a lot of good things about being in a band.

Your solo commitments often seem to go on longer than they were initially expected to, which frustrates a lot of the band’s fans – and maybe your bandmates?

A big band like Fleetwood Mac needs to get out of the spotlight, so that’s what we’ve done. We should always be off the road for three years, because when we come back it’s an event. I think that’s very important. There’s a lot of famous bands and a lot of important people out, and you’re going to make a choice of which ticket to buy, and if you haven’t seen one of them for three years or more then that’s going to be at the top of the list. It feels more special. And being away from each other for three years is good. It really sets you up for a good time because everything’s new and everybody’s got new stories and everybody’s been doing crazy, different things, so when you walk into rehearsal that first day everyone’s really happy to see each other. If we toured every other year it wouldn’t be like that.

With all the available material, how does the band put together a set-list?

Everyone comes in with their big list of songs that they think we should try. We sit around a table with acoustic guitars and a little keyboard and we just start playing all the songs we might not always do, and some of the songs we maybe haven’t done for fifteen years. There’s about ten songs, the hit songs, that we have to do, and that leaves us ten more. So you start going through Tusk, going through Rumours, going through Fleetwood Mac and Mirage and Tango In The Night and you find a few songs everybody’s wanted to do but never actually suggested, and you play them and pretty soon you start to see the right twenty songs somewhere on the horizon.

You’re back to a three-writer collaboration in Fleetwood Mac. How has that process worked historically in the band?

Christine [McVie] wrote most of the singles. She was the pop writer. And then Lindsey would get into the production, which is what he does, and he would try to pull that pop out of her, so what would be left was a great pop song with a real great, [sings] ‘Say that you love me…’ Lindsey and I do what we do, and when you put the three together you have Fleetwood Mac.