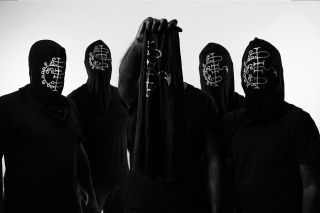 Another bloody string to the Portuguese black metal scene’s ornate bow, Gaerea are poised to release their stunning, self-titled debut album on June 22 via the increasingly prolific Transcending Obscurity imprint. With a sound that combines flat-out, frostbitten blasting with countless disorientating, dissonant detours, the band are already ploughing a singular creative furrow.

As a result, we’re delighted to be premiering the moody, evocative video for album preview track Catharsis. Stylishly monochrome and unnervingly bleak, it’s a tantalising way to enter Gaerea’s pitch-black realm of madness. Pass through the portal below!