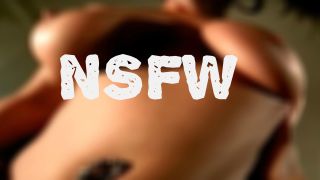 It was a couple of weeks after The Prodigy released ‘Smack My Bitch Up’ that the current leader of the Labour Party put his name to an Early Day Motion that passed across his desk.

The motion called for parliament to “express its disgust and outrage at the advertising billboard campaign to promote a record album entitled Smack My Bitch Up; and urges the recording company to withdraw this advertisement immediately.”

Jeremy Corbyn’s co-signatories that day were the current shadow chancellor John McDonnell, the current international development secretary Diane Abbott and Oona King, who is now Baroness King of Bow. To say that the third and final single from The Prodigy’s Fat Of The Land had caused a bit of a stir is something of an understatement. And it would not just be the left wing of the Labour party who were furious about it.

The Prodigy were on a high in November 1997. The Fat Of The Land had been long awaited and, when it finally arrived in June of that year, had exploded. A headline slot at Glastonbury had started the ball rolling for the band as they set about delivering the sorts of vicious beats, punk vocals and aggressive guitars that meant their music straddled both rock and dance. And everything they did seemed tinged with both success and controversy.

The album’s first single, Firestarter, grabbed listeners by the throat. Its video, featuring a spike-haired Keith Flint screaming at the camera, caused such terror to Middle England that the Mail on Sunday howled: “Ban this sick fire record” while parliament debated whether it was likely to encourage its fans to go on arson sprees.

But Firestarter was just the beginning. It was when people listened to The Fat Of The Land’s opener, Smack My Bitch Up, that the controversy really flared. Immediately, its lyrics of “change the pitch up, smack my bitch up” caused issues.

“I didn’t do that song to be deliberately controversial,” said Howlett. “But, once we started the ball rolling, it was definitely an opportunity to push the boundaries as much as we could. The original lyric was, ‘I smack my bitch up like a pimp’ from the Ultramagnetic MCs’ Give The Drummer Some. That line in their song always made me laugh because, within the realms of hip-hop, it had a comedy value to it because it’s so absurd.

“It was tongue-in-cheek but I think we changed the meaning of it. We adopted the phrase as more of a fist-in the-air statement of, ‘Let’s fucking go!’ Then you get the trainspotters who jump on the literal meaning of the lyrics and get upset about it.”

However much the band’s fans took it the same way as Howlett intended it, very few of his critics were inclined to agree. The Prodigy, then, were fully aware that their decision to release the song as a single in November would cause trouble. In some ways, they were inviting it. “We were using an absurd lyric to get people’s attention to push a point further,” says Howlett.

The problem was, no-one would play it. The BBC were in a bind: on the one hand they were attempting to shed their fusty image and so needed to keep up with dance culture. But on the other, they were cautious of a song that some, wrongly, believed to be about beating up women. So they restricted its airplay to a minimum and generally used a lyric-free remix when they did play it.

Meanwhile, in the States, major retailers like Wal-Mart and Kmart stopped selling The Fat Of The Land after The National Organisation of Women, a US-based influential feminist organisation, called for Smack My Bitch Up to be banned. “The song is totally offensive, it’s degrading to women, it’s trash,” said Janice Rocco, president of the Los Angeles chapter of Now. “It condones violence against women and we don’t need to see that portrayed as entertainment. It’s a dangerous message to children when anyone construes violation of women as entertainment.”

It was an accusation to which The Prodigy’s songwriter and leader Liam Howlett was dismissive. “To be honest, people, if they think that song is about smacking girlfriends up, then they’re pretty brainless.”

With criticism and complaints all over the media, The Prodigy decided to up the ante. They agreed to go big with the video. Very big.

“The track wasn’t getting any air play and then we decided it was important to push all censorship laws, which is why we made the video really full on,” said Howlett. “I was always into discovering where the boundaries really are – that’s the way excitement happens. There are a million bands who are happy just to make nice tunes but we’re not one of them. We wanted to push people’s emotions and thoughts.”

They turned to Jonas Åkerlund, the former drummer with Swedish death metallers Bathory, who had become a video director. He had never worked outside his home country, however, and was nervous of a band as big as The Prodigy. He struggled to come up with a concept for the shoot until he went out for a wild night in Copenhagen with a friend.

“I woke up in a hotel room and all I could really remember was my foot kicking a door in of a toilet cubicle and there was a guy taking a shit,” Akerlund told Stephen Hill. “So my friend filled me in and told me that we’d done all this crazy stuff and gone to this strip club, so I decided to do the video of a party night inspired by that night. And in the end you make it a girl because of the lyrics.”

Though The Prodigy gave his treatment the green light, they were wary of the results of the shoot. Filmed from a first–person perspective, the video featured a woman (played by the model Teresa May) on a night out in London. Over the course of the evening, she snorts cocaine, takes heroin, fights men, drinks and drives, is involved in a hit and run incident then has sex, all of which the video depicts against a backdrop of violence, vomiting, vandalism and nudity. It pretty much ticked every censorship box going.

When Åkerlund showed The Prodigy an untreated version of it, without any of its subsequent visual effects, the director says they were concerned about one moment in which the protagonist hits someone with a bottle. There was a long discussion with Howlett before cuts were made and effects added. Once that was done, the band were fully on board.

On its release, the Smack My Bitch Up video was almost immediately banned on both sides of the Atlantic. MTV refused to air it and the BBC would not go near it – which, as is nearly always the case, instantly raised the song’s profile far higher. “In England they were really angry because of the violence and in America they didn’t like it because of the nudity,” said Åkerlund. “So in England the feminists hated it and in America the feminists loved it! I remember somebody sending me a tape of this show with a priest talking about it in England. And I was like ‘What the fuck is going on?’”

The song and video, like Firestarter, were once again debated in parliament while chat show hosts in the US made repeated jokes at its expense. All of which served to raise its profile higher still.

The following year, at August’s Reading Festival, it was still causing problems to the extent that The Beastie Boys confronted The Prodigy and told them not to play the song live. Dancer Maxim Reality responded on stage: “Last night we received a call from one of the Beastie Boys. They didn’t want us to play this fucking tune. But the way things go, I do what the fuck I want.” The Prodigy played it, in other words.

But for the band, the media storm about the song and its video just went to show how out of touch the press was with youth culture. “We come from the rave scene from when people didn’t even know what that was,” said Flint. “Press could not touch it. It took ‘em five years to get a picture of a guy in a hooded top and a poncho and think they knew about it. I’d done a thousand fucking pills by then and broken into 20 warehouses.”

Meanwhile Howlett became sick of having to defend the song, so he simply ignored the debate. “The tabloids were on our backs and I didn’t want to talk to any of them,” he said. “I would have had to defend myself rather than explain myself. I turned on the TV and Tracey Emin was talking about it and they debated it in the House of Commons. As far as I was concerned, it had done its job by that point. People knew we weren’t smacking women and that statement was no different to me to some absurd art.”

The Prodigy’s new album The Day Is My Enemy is out now. They’re currently on tour. For more details, visit their official website.