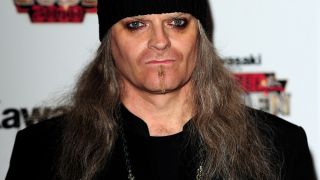 WHEN AND WERE WERE YOU BORN?

HOW WOULD YOU DESCRIBE YOUR FAMILY LIFE WHEN YOU WERE GROWING UP?

“It was a catastrophe. When I was six years old my parents divorced. That was when the courts assigned me to my mother and she began a slow, spiralling descent into complete insanity. I had nobody. She moved away to that farm village where I knew no one. We had no family or friends. I was a total outcast. Of course, nobody helped me, even though people saw the condition of my home. Everybody must have realised that my mother was not fit to raise a child, and yet no one did anything. There was no youth authority to intervene. It became total hell and it had everything to do with who I am nowadays.”

DOES SUCH A MISERABLE CHILDHOOD EXPLAIN HOW YOU WOUND UP MAKING SUCH DARK, DISTURBING MUSIC?

WOULD YOU SAY THAT IT’S THAT INTENSE SINCERITY THAT SEPARATES CELTIC FROST FROM EVERYONE ELSE?

“Damn right. I found refuge in a little world that I created for myself. I was left alone by my mother on several levels. I wanted to be left alone by the adults and this planet that I hated so much.”

WHO WERE THE FIRST BANDS THAT REALLY CONNECTED WITH YOU?

”We’re talking about an age before Slayer and Metallica and everything, so as a kid I was continuously looking for heavier music. I studied Black Sabbath of course, and there were albums like UFO’s Obsession, which at that time was quite a heavy album. Then, at the end of the 70s, I discovered Motörhead. Oh my god, that was radical music. Then the New Wave Of British Heavy Metal came, and things like Angel Witch and Venom. I felt these people, their aura and atmosphere, were totally related to me.”

WHEN DID YOU START PLAYING THE GUITAR?

“Relatively late. In the early 80s, when I was 17 or 18. I had started before when I was about 11 years old. My mother forced me to go to guitar lessons at school, and it was awful. I was given an acoustic guitar and they would rehearse these traditional folk songs from the 1700s or something like that, and I was bored shitless.”

** WERE YOU IN ANY BANDS BEFORE HELLHAMMER?**

“There were some haphazard school bands that I tried to be a member of, but that never went anywhere. Eventually I asked the drummer of one of those school bands if he wanted to form a band with me, and for some reason he actually said yes. We formed a four-piece called Grave Hill, that was really influenced by the New Wave Of British Heavy Metal. Of course, we tried to sound like that, but we didn’t know how to play.”

HOW DID HELLHAMMER BEGIN?

“When I graduated from high school, which I barely did, I had a birthday and my grandmother gave me some money. Instead of investing it wisely, I bought myself a cheap plane ticket to London because we all worshipped the New Wave Of British Heavy Metal. This was late in 81. I flew to London, went to a record store and bought every seven-inch single that Neat Records had ever released. The first one I picked up was Venom. I came home and listened to the Venom single, In League With Satan, and it was the heaviest thing I’d ever heard. I played the 45rpm single at 33rpm on purpose. I wanted it to be heavier! At that time, the people in that band Grave Hill, they looked at me and said, ‘You’re out of your mind!’. They thought I was not normal and they all left. The only guy that stuck around was this so-called roadie Steve Warrior. He said, ‘This sounds great!’. That was basically the birth of Hellhammer. We were a Venom clone.”

HOW INFLUENTIAL WERE VENOM IN YOUR MUSICAL TASTES?

“The first two albums changed my life. They changed my world. They made everything possible for me. They showed me that there was no limit to extremity in heavy metal. Their music eclipsed everything else in my world, that was the birth of extreme metal.”

HOW DID HELLHAMMER MORPH INTO CELTIC FROST?

“It always seemed impossible to find somebody who wanted to live that extremity and not just act it. One day I ran into this guy who seemed to be as extreme as I was, and was keen to find out about all these underground bands that for other people were too obscure. That guy was Martin Ain. He’d formed his own haphazard beginner band but they fell apart, so he joined Hellhammer in December 1983. That was really the birth of Celtic Frost, even though we still did the Hellhammer EP [Apocalyptic Raids] after that.”

** HOW DO YOU FEEL ABOUT THE FIRST CELTIC FROST ALBUM, MORBID TALES, WHEN YOU HEAR IT NOW?**

DID YOU HAVE ANY SENSE AT THE TIME THAT YOU’D RECORDED SUCH A REVOLUTIONARY AND INFLUENTIAL METAL ALBUM?

“Celtic Frost has always been about doing exactly what is in our emotions. We don’t set out to copy anything. We don’t set out to move anything because you cannot possibly plan that, especially not setting out to influence anybody. How pretentious would that be for a little outcast kid from a tiny farm town? There’s no concept of setting out to sound like this or that. That’s pretentious bullshit.”

**THE EVOLUTION OF THE BAND WAS QUITE RAPID. THREE YEARS AFTER MORBID TALES YOU MADE INTO THE PANDEMONIUM, WHICH SOUNDED LIKE IT CAME FROM ANOTHER PLANET… **

“It blew our minds to think about that. In the mere space of four years, this band was so volatile. I don’t know how it happened. It just reflected ourselves and that rage and turmoil that was in us.”

**WHAT HAPPENED AFTER INTO THE PANDEMONIUM THAT LED YOU TO MAKE COLD LAKE, AN ALBUM THAT WAS UNIVERSALLY HATED? **

“Nobody feels as much hatred for Cold Lake as I do. What happened, the band was completely burnt out on every level, financially, musically, business wise, personally, creatively, art-wise. There was just nothing left of Celtic Frost, hence the album is a piece of shit that doesn’t sound like Celtic Frost. The record company tried everything to stop this album. They didn’t understand. They didn’t want to understand what Celtic Frost wanted to do. They kept telling us ‘Do an album like Slayer! Do an album like Exodus! We don’t want this experimental stuff’. They hated the album, they hated the artwork, they deleted the lyrics, they changed the song line-up, they bribed the engineer to mix it differently behind our backs, there were a million things, so we came out of the studio and we had to go to court. We had to take legal action. We had no money to do that. The record company had taken all our publishing rights and our merchandising rights, they gave us hardly any percentage of royalties. It was an awful situation. This went on for 14 months and it completely ruined the band on every level. We were still kids and it was too fucking much.”

VANITY/NEMESIS WAS A VAST IMPROVEMENT ON COLD LAKE. DID YOU FEEL YOU’D SALVAGED SOMETHING FROM THE WRECKAGE WITH THAT ALBUM?

“I tried that, but as I see it now with hindsight I realise I should have quit after 14 months of hell.”

**IS THAT WHY YOU DISAPPEARED FOR SO LONG AFTER THE BAND SPLIT? **

“Exactly. I sold all of my equipment and I completely left the music business for a while.”

WHAT MADE YOU COME BACK WITH APOLLYON SUN?

“When I left the music scene I found myself at concerts of bands I liked and feeling total pain. It hurt me to see them, and not be able to play myself and be creative. Eventually I would avoid concerts altogether but I realised that was just an escape. I learned so much recording with them. Technically and musically, working with samples, I worked in a totally different manner from anything I’d done before. We had a lot of disagreements with Rod Smallwood, our manager, and by the end it was a complete shambles. There was absolutely no way anymore to find common ground between band, label and manager. It ended in disaster which killed the whole band. That was very difficult for all of us to live, especially for me. I’d invested years of work into Apollyon Sun, and literally tens of thousands of pounds of my own money and it was all down the drain because the contracts that we were given were never fulfilled. It was awful, but it made me harder. Without that experience, the new Celtic Frost album would never be what it is.”

WHAT MADE YOU DECIDE TO GET CELTIC FROST BACK TOGETHER?

“It wasn’t something conceived. There wasn’t some strategy, that some people have interpreted because they have no idea how Celtic Frost functions. It was a very natural process. It all started when Erol, the guitarist from Apollyon Sun, pointed out that there was a Celtic Frost website on the internet, in 1998, when we recorded the Apollyon Sun album. The website was done fantastically and it had so much information on there that even I didn’t know! I contacted the webmasters and said, ‘This is fantastic! Do you want to be the official web presence of Celtic Frost?’. The guys were totally interested and they became friends. This exchange, years after the demise of Celtic Frost, rekindled my interest in the work of Celtic Frost. So we did the reissues in 1999 and that’s what brought Martin and me back together.”

HOW WAS IT RETURNING TO THE BAND AFTER ALL THOSE YEARS?

“I think that the distance, and doing something completely different with Apollyon Sun and having had years without Celtic Frost or any contact with the Celtic Frost members, really made me able to find new fertile ground.”

WILL THERE BE ANOTHER CELTIC FROST ALBUM?

“I have no hopes for the future. I have found something in my life this past year that I’ve been looking for a long time and that’s made me very happy. I’ve made an album that is extremely important to my life. What happens after that, I don’t know and I really don’t care. I have no hopes. I want to make another album that is absolutely unusual and extraordinary, but I have no dreams, no plans, no hopes. I just want to make another honest album. I know it’s going to be a lot darker and heavier than _Monotheist _[released in 2006]. It’s going to be a very personal thing.”

This was published in Metal Hammer issue 169.