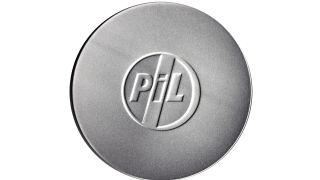 Just as prog’s greatest achievement was in its steering of blues-born rock into brave new waters and – yes – topographical oceans, so too punk’s impact is to be found in the inventive music that followed immediately in its wake.

As the milk-hued, zit-flecked face of punk, 23-year-old John Joseph Lydon may not have been a name synonymous with prog, but with Public Image Ltd’s 1978 debut album Public Image: First Issue he presented a bold new vision for music. Its follow-up Metal Box went one further. Gone was the snarling but nevertheless rather plodding, mid-paced rock stylings of the Sex Pistols, and in their place came PiL’s forward-thinking anti-rock – what we now identify as post-punk, and all that followed in its wake.

The entire concept for PiL was progressive. Never a traditional band, their frontman preferred to present them as a cultural corporation – or a dictatorship, depending upon who you ask – with a fluid line-up, and Lydon installed as CEO. Three drummers appear on Metal Box, while Miles Davis, Ginger Baker, Steve Vai and Jonas Hellborg of The Mahavishnu Orchestra all made later appearances later in PiL’s career.

Lydon had come of age listening to singularly-minded outsider artists such as Hawkwind, The Sensational Alex Harvey Band, Faust, Captain Beefheart and Can so it’s little wonder he had zero interest in punk’s continued recycling of Chuck Berry riffs played at Ramones pace. Add to this a love of the austere atmospherics of dub and somewhere in the space between these disparate influences sits Metal Box, none more evident than in the ice-cold hypnotic mantras of chiming, 10 minute opener Albatross.

A challenge to those who only valued music condensed to three minutes, it’s a brave and bold musical finger raised to more conservatively-minded contemporaries.

The tight rhythm section work of Careering offers an exotic collision between Jamaican dub bass and hypnotic German kosmiche-inspired drums, both played by Jah Wobble, and out of which grows a sound that is wholly original. Keith Levene’s jagged and searing metallic riffs on Swan Lake and discordant scales on Poptones meanwhile influenced an entire generation of post-punks (as a teenager he cut his teeth working as a roadie for Yes). Lydon’s dark poetry on the latter created something particularly utterly unnerving – a dark drama that constricts like a hand around the throat.

The presentation of the album was equally as innovative and indulgent as prog’s finest: three 12 inch records squeezed into a metal canister, with the lyrics appearing only in a press advert. It was the perfect packaging for an iconoclastic, avant-garde work whose ripples spread far and wide. In fact, it’s one of the greatest albums ever made.