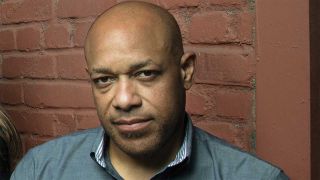 Since his tenure at the helm of Killswitch Engage ended in 2012, Howard Jones has looked adversity in the eye. Mental health lapses and severe anxiety led to a diagnosis of manic depression and bipolar disorder, followed by a spell in a mental health hospital and a suicide attempt. In forming his own project, Devil You Know, it appeared the frontman had found a new vessel to channel himself through. However, in July last year, the band changed their name to Light The Torch following a bitter legal dispute with a former member. Despite their misfortune, Howard and co secretly recorded their third album, Revival, and rediscovered their spark. The singer tells Metal Hammer why this album means so much to him, and what comes next.

“The name change was a very long legal process to do with member issues. Because of the way things ended with Devil You Know, it didn’t feel good going on with that name, so instead of continuing our history, we dumped it and those albums are basically dead now. We’re not moving away from them, we’ll still play them live. To me, it’s like when one gets married; they’re still the same person but with a different name. The fact that we had to take that step says a lot about what we had to go through, too. We really went through the wringer, and that’s why you heard almost nothing from us, the band was totally on hold. There’s no need to point fingers but it just had to stop. In the end, we bonded more throughout the process, and here we are today.”

So you went away and quietly recorded the new album, Revival. How did you keep it a secret for so long?

“We had to take the control back. We were in limbo and it was horrible. There was no movement with the legal issues so there was nobody to check in and see what we were doing every day. Also, I don’t talk to anybody and I don’t have social media so I had nobody to tell. We spent a year and a half working on it, and about three hours before we finished all our recording, I got an email from Monte Conner at Nuclear Blast saying we had to stop! We were still working out our old contract and we had to start a new one. The album was a shock for them but luckily they were happy with us. Plus, we were too deep in what happened to us, so we concentrated on just writing a solid album.”

What does the new album mean to you? Is it a line drawn in the sand?

“It feels so different to They Bleed Red back in 2015. I guarantee there’s a lot of emotion in Revival because we went through so much turmoil. There’s much more melody and harmony now; I wanted to sing the majority of it because the music was flowing in such a way that it could hold a lot of different melodies. It was really fun to write specifically for Ryan [Wombacher, bass] and hand the mic over to him, he’s got a great voice. Then Mike Sciulara [Extinction AD] came in and nailed the album’s drums with us, and Francesco [Artusato, guitars] worked on the artwork, so we’ve had a blast.”

What do you think about the Devil You Know era now it’s over?

“It’s part of my past, and the albums are buried but they’re still a vivid snapshot of what my life was like at that time and what I was going through. If I put a ton of energy into being upset and angry that it’s over, so it solves nothing other than making me feel upset for longer. I had to let it go.”

How do you feel now all your work is coming to light?

“Fantastic! I’ve been helping other bands write albums with Peter Wichers [ex-Soilwork], plus Light The Torch will be out on the road soon. I’m in a much better state of mind as long as I’m keeping myself occupied. I average three hours of sleep a night so I’m always awake. Everyone gets knocked down in the dirt, but I’m stubborn, so things have worked out really nicely.”

Light The Torch's new album Revival is out now and available to buy from Amazon.