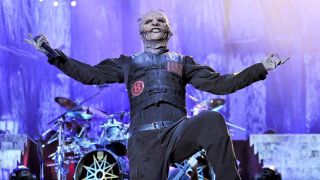 The Slipknot frontman came face to face with WWE NXT’s Baron Corbin at Aftershock festival and it got a bit physical.

Following Twitter spat between the two, the war of words boiled over into the real world with Corey slapping Baron in the face. And as you can see in the fan footage below, it cost Baron the match! That’ll teach him to mess with The Great Big Mouth.

NXT is coming to the UK this December at the following dates.

Get your tickets here

WWE Diva Paige discusses her love of rock and metal