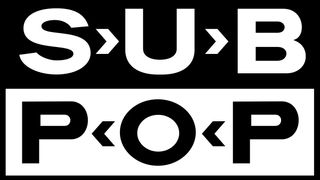 There aren’t many record labels with as much personality as Sub Pop. Less a business than a state of mind, it began life in mid-80s Seattle as a fanzine edited by Bruce Pavitt (it was originally titled Subterranean Pop, and gave away compilation tapes of local underground bands), and grew to become the refreshingly snark-infused, ultra‑DIY figurehead of the city’s burgeoning grunge scene. It provided a springboard for Nirvana, Soundgarden and Mudhoney, among others, and established its dysfunctional family as the heart and soul of the city’s musical awakening.

But while their logo remains synonymous with “this primal rock stuff” that would become tagged as grunge (the term ‘grunge’ gained traction after Mark Arm of Green River, and later Mudhoney, used it to describe his music, although he denies coining the phrase), Sub Pop have adapted over the years to survive – sometimes, admittedly, by the skin of their teeth – the evolution of American indie rock after the 90s explosion began to lose its heat. In fact, so varied, extensive and consistently good is their roster, we’ve had to be painfully strict about our choices for the main sections here – no singles (despite excellent one-off releases from Babes In Toyland, Shudder To Think, Cheap Trick, Les Savy Fav and a stereo mix of The Beach Boys’ I Just Wasn’t Made For These Times), no comedy albums (even though there’s genius to be found from stand-up David Cross and musical comedy duo Flight Of The Conchords) and no compilations (but really, do track down Sub Pop 100 and Sub Pop 200 for a spectacular snapshot of a particular time in US punk rock). And even then we’ve had to miss out truly brilliant albums by bands including Codeine, Sunny Day Real Estate, the Postal Service and the Gutter Twins, simply because it’s physically impossible to cram it all into just one feature.

The Sub Pop motto is: “We’re not the best, but we’re pretty good.” Which is a typically Sub Pop, typically Seattle way of bursting their own bubble and avoiding their own hype, keeping them grounded and focused on the simple goal of releasing the best music they can find. But as they celebrate their 30th birthday, it's become clear that they are up there with the very best. The records we’ve recommended here are a timeless reminder as to why.

They featured Mudhoney’s Mark Arm and Pearl Jam’s Stone Gossard, and you can hear the starting point of both bands in Green River, with their mix of the former’s simple punk approach and the latter’s taste for stadium-ready guitar histrionics.

The tension between the two approaches is what makes Dry As A Bone, in particular, pave the way for the grunge explosion to come – not all of the bands that followed shared the same sound, but they shared an attitude, and as the polar opposite sides in Green River simultaneously gelled and pulled away from one another, a spark ignited. Great cover of Bowie’s Queen Bitch too.View Deal

While the general trope is that the grunge movement was trying to ‘kill’ the LA metal scene, Soundgarden proved quite the opposite: from day one they were out there giving metal a whole new lease of life.

The key was ignoring the past decade of MTV stars and looking back to the forefathers of the genre for inspiration. Their Screaming Life EP starts with a plane howling overhead and just gets heavier from there. Guitarist Kim Thayil’s Sabbath-inspired nosebleed riffs were tuned low enough to tunnel to Australia, while Chris Cornell revived the spirit of Led Zeppelin with astonishing vocal acrobatics.View Deal

Mudhoney frontman Mark Arm was there right at the beginning with Green River, but it was Mudhoney (who he also fronted), with their debut Superfuzz Bigmuff that truly defined both the Seattle sound and Sub Pop’s manifesto.

The deathless Touch Me I’m Sick takes The Stooges’ garage-punk blueprint and smears it with even more grime. ‘Production’ is pretty much non-existent, feedback and tape hiss reign supreme, but as Arm wailed sardonically over earth-shifting basslines a rallying cry went out to a generation.

Twenty-eight years later, Mudhoney are still loyal to the label, and still making a magically filthy racket, but Superfuzz Bigmuff is their defining moment.View Deal

With hindsight, it’s easy to see Bleach as merely Nirvana’s caustic baby steps. But the signs of stardom to come were already there, not least in the subtle, delicate About A Girl, which was so accomplished a song that it was chosen to open their Unplugged live set four years and two mega-selling albums later.

Even at Bleach’s rawest, as on the raging, chaotic Negative Creep, the album seethes with confidence, intelligence and star quality, the songwriting already so nuanced and packed with pop hooks that their breakthrough to the mainstream makes perfect sense. Follow-ups Nevermind and In Utero may get all the attention, but this is an overlooked gem.View Deal

Congregation was where the Afghan Whigs truly found soul, albeit soul of the darkest type possible. While the alt.rock noise of their earlier work remains, it’s the album that sees frontman Greg Dulli recast himself as an oily, loathsome lothario as he treads through the murky waters of human relationships and gets it horribly, dangerously wrong. It’s sleazily beautiful stuff.

Dulli is also one half of the Gutter Twins, with Sub Pop lablemate Mark Lanegan. Give your full attention to their brilliant Saturnalia album for a further welcome wallow in a mire of their own making.View Deal

With the Screaming Trees, singer Mark Lanegan was fully integrated into the grunge gold rush by the media. But it’s his solo work that showcased his deep love and understanding of Americana, a genre perfectly tailored to his stunning whisky-nicotine-honey voice.

His previous solo album, 1990’s The Winding Sheet, featured Kurt Cobain as a guest vocalist, but if anything, this album trumps it because there’s nothing to detract from his haunting delivery and delicate, immersive songwriting. It’s a man laying his troubled soul bare. Sometimes spooky, always achingly mournful.View Deal

Previously the lo-est lo-fi band in all of lo-fi land, Sebadoh came blinking out of their bedroom to make Bakesale, their first album that didn’t sound like it had been recorded inside a biscuit tin. In fact, now you could hear them properly, it was a revelation that there were actually gleaming indie-rock melodies hidden under there all along.

This time around it was very much the Lou Barlow show (drummer and co-founder Eric Gaffney had ridden off into the sunset by this point), and he proved himself an articulate songwriter with an arsenal of neuroses to showcase, making Bakesale a classic album in the American loser-rock canon.View Deal

Pulling punches has never been Sleater-Kinney’s style, with the riot-grrrl trio of Corin Tucker, Carrie Brownstein and Janet Weiss consistently rolling up their sleeves to tackle feminist issues, leftist politics and righteous ire through the medium of their gloriously, deliberately unpolished punk rock.

But their only album for Sub Pop (and their last album for 10 years) found them taking a new approach by embracing elements of classic rock, taking them out of their comfort zone and to a wider audience. The social commentary remains, though – Jumpers is a deceptively upbeat song about suicide.View Deal

Around the turn of the century, Sub Pop embraced the dreamier end of the rock spectrum, gaining a huge hit with indie-folk troupe Fleet Foxes’ self-titled first album. But Band Of Horses are the real deal when it comes to sun-drenched 70s-style rock, with the heartbreaking lament The Funeral the haunting centrepiece of this beautiful debut album. There are shades of both the Eagles and The Band, and frontman Ben Bridwell’s high, keening vocals add an other‑worldly element.

Follow-up Cease To Begin, made by a new line-up with only Bridwell remaining from this debut, sees them take a more country direction and is also gorgeous.View Deal

A fantastic example of the vibrant, vital music Sub Pop continue to release into the world, Downtown Boys' third album – and their Sub Pop debut – takes aim at the social and political divisions currently tearing through America and the border states, bulldozing notions of civility, polite debate and apoliticism in its wake.

Fronted by the fearsome Victoria Ruiz, the band have a knack of throwing their fearlessly confrontational lyrics together with irresistible hooks and wigged out sax, with the furious A Wall and Lips That Bite providing dazzling album highlights.View Deal