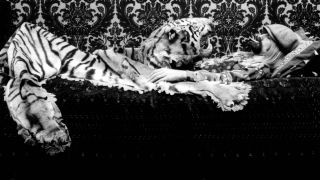 Folk stylist, protest singer, poet, rocker, rebel prophet... There hasn’t been anyone else quite like Roy Harper. His sheer plurality, lashed to a bloody-minded refusal to tailor his music for the commercial market, has made him special, and also consigned him to a career of eternal cultdom. He’s an artist capable of writing the most delicate acoustic song one minute, a raging, emotive social critique the next. He’s a mercurial figure who, by his own admission, “divides opinion a lot”.

“Of the creative peaks I’ve had it’s definitely one of the mountains,” Harper says of this undisputed masterpiece. Complex, elliptical and fabulously expressive, Stormcock consists of four pieces that form a cogent song-suite.

He takes a broadsword to the judiciary system and rock critics alike on Hors D’Oeuvres, while the glorious The Same Old Rock – featuring a star turn from Jimmy Page under the guise of S. Flavius Mercurius – swings a paw at religious dogma. Pick of the bunch might just be the spirited eco anthem Me And My Woman. Stormcock was way too out-there for EMI, who greeted its lack of potential hit singles by not promoting it at all.

The two standout tracks are epic in every sense. David Gilmour and John Paul Jones are on hand for The Game, an eloquent discourse on what it is to be human; When An Old Cricketer Leaves The Crease is a near-perfect hymn to mortality and Englishness, given added poignancy by David Bedford’s arrangement and the brass of the Grimethorpe Colliery Band.

In a more forgiving world this would have been the record to finally tip Harper into the mainstream.

The move from Liberty Records to EMI’s ‘underground’ imprint Harvest ushered in an era of intense creativity for Harper. This fourth album marked his first entry into the British album chart and remains his top seller.

Its centrepiece is the remarkable I Hate The White Man, a pungent slice of Harper polemic that attempts to assert everybody’s right to freedom and equality. The other standout is the pastoral Another Day. In a typically perverse move, closing tune Hells Angels is a raucous, ragged send-off co-starring Keith Emerson’s The Nice and designed to make you leap for the off switch.

Written after a congenital blood disorder had seriously threatened Harper’s life, this record was dominated by The Lord’s Prayer, a side-long treatise on the follies of man and the struggle between spirituality and technology. It was, in his own words, “my last will and testament”, with a little help from Jimmy Page on guitar.

Other notable tracks include South Africa, which equated a nation in the grip of apartheid to a prospective lover waiting to be freed, the terrific Highway Blues, and All Ireland, a plea for political and tribal tolerance. Some of the album’s songs were written for Made, the 1972 film that cast Harper alongside Carol White.

Harper’s last hurrah of the 70s is bookended by two glorious versions of One Of Those Days In England. The first is the wistful, almost carefree single version; the second a darker, labyrinthine study of the cultural sweep of his homeland.

Alongside the gorgeous Cherishing The Lonesome sits Watford Gap, an ode to the famous Blue Boar road-stop on the M1 as hilarious as it is scathing. The singalong chorus – ‘The Watford Gap, the Watford Gap/A plate of grease and a load of crap’ – landed Harper in serious bother with the owner, who just happened to be a prominent board member on EMI, Harper’s label.

Perhaps Harper’s most emotionally racked album, written after the failure of his second marriage. “There was nowhere for me to hide,” he said later. The title track, One More Tomorrow and Waiting For Godot Part Zed are full of melancholy and despair, yet remain oddly luminous.

It wasn’t all self-absorption, though. Harper also tackled the Gulf conflict and its attendant media frenzy, the need for a global consciousness, and offered a eulogy to murdered Amazonian activist Chico Mendes. On the lighter side, there’s a warm tribute to hero Miles Davis, and a song written for Robert Plant’s daughter’s wedding.

_Flashes From The Archives Of Oblivion _

This storming live double album, essentially an early ‘best of’, gives some indication as to the rambunctious nature of an early-70s Roy Harper show. There are inflamed takes on _Me And My Woman_, South Africa and One Man Rock And Roll Band, while a driven Highway Blues borders on the manic. It’s notable for Kangaroo Blues and Home, and being partly recorded at Harper’s infamous Valentine’s Day bash at London’s Rainbow with Jimmy Page, John Bonham, Keith Moon and Ronnie Lane. The sleeve caused a rumpus too, with women workers at EMI’s factory refusing to handle it.

The onset of Harper’s 60th year did little to dilute his bile, with The Monster in particular a withering attack on Tony Blair and New Labour. Elsewhere, _Rushing Camelot _is an erudite hymn to Mother Earth in the face of scientific progress, All In All tips the wink to Aldous Huxley’s novel The Doors Of Perception, while the pagan-leaning title track manages to sound both ancient and modern. He wasn’t done with Blair either. Harper’s 2005 single The Death Of God is an impassioned, 15-minute rant against the invasion of Iraq.

Perhaps the best portal of entry for beginners, this is a double compilation covering 35 years of uncommon songcraft, cherry-picked by Harper himself.

Much of what makes him special is here, including two songs with Jimmy Page on guitar (The Same Old Rock and Frozen Moment), and the very lovely You which features David Gilmour and long-time fan Kate Bush. Blackpool, meanwhile, is the tune that first alerted the young Page to Harper’s talents back in the 60s. I Hate The White Man and When An Old Cricketer Leaves The Crease are among the choice moments, as is proto-hippie anthem You Don’t Need Money.

Harper admits that the early 80s were “the nadir of my life in music”. Cast aside by EMI and suddenly “completely out of fashion” in the post-punk age, he co-founded his own label to release Work Of Heart. The songs suffer from lack of focus or snap, while the whole shebang (with full backing band) sounds over-produced. Harper later released the superior demos of the album, which were infused with a rawness lacking in the finished product, as Born In Captivity.

Also to be avoided is the EP Burn The World. Written in 1983-4 but not released until 1990, it’s two versions of the 20-minute song of the same name, one live, one in the studio.

Flashes From The Archives Of Oblivion

_WHEN AN OLD CRICKETER LEAVES THE CREASE _

_ONE OF THOSE DAYS IN ENGLAND _

WHEN AN OLD CRICKETER LEAVES THE CREASE LIVE