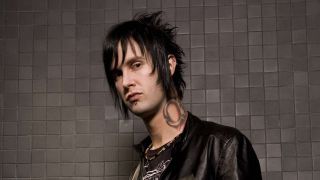 On December 28, 2009, Avenged Sevenfold’s world was turned upside down. Their drummer and friend, Jimmy ‘The Rev’ Sullivan, died following an accidental overdose of prescription drugs and alcohol. In a special interview in 2018, we talked to The Rev’s parents, Barbara and Joe, about their son’s life, career and legacy.

Long before he was The Rev, Jimmy was your son. What was he like growing up?

Barbara: “He was funny! He was the funniest kid you ever were around, but he also drove you crazy because some of the things that he thought were funny weren’t, like bugging his sisters. But he was just a lot of fun.”

When did he first take an interest in music?

Barbara: “When he was born! By the time he was two years old, he was drumming on everything. If he had silverware, he drummed. If he was in the bathtub, he’d grab the bubble bath bottle or the shampoo bottles and drum on the side of the tub. As a little kid, he also loved records. He had a little Fisher-Price record player that played little 78s or 45s.”

What did he play on it?

Barbara: “He played music constantly. He’d stand there with a little fake guitar, singing to the music on his little Fisher-Price record player. It was hysterical.”

When did you first notice he actually had a talent for this thing?

Barbara: “Right away. When he was five, I signed him up for drum lessons with a local drummer, and he wouldn’t give him lessons after the first couple of times because Jimmy played with abandon and the teacher said, ‘I’m going through too many drum heads and Jimmy’s going to ruin my rims.’”

How did you react when he decided to become a full-time musician?

Joe: “It couldn’t have been any other way. We were hoping along with him that he’d find a way to be able to play. A full-time musician is what he was born for, so it wasn’t a surprise.”

How did you feel when Avenged Sevenfold started to get famous?

Barbara: “I thought it was fantastic. They had a lot of talent and I think they deserved it. To see him succeed was marvellous.”

Joe: “It was very exciting for us. They called us from a bus once when they were heading out of town because it was the first time that KROQ played Bat Country. ‘Our song’s on the radio!’”

Barbara: “They were so excited. ‘Turn on the radio! Turn it on!’”

Do you recall your last conversation with Jimmy?

Barbara: “I really do. In his last few days, he said that he needed a new goal. He had eye surgery so he could see without glasses. He bought a car, he bought a condo on the beach, the band got their gold record and was a success and he goes, ‘I need a new goal, mom.’”

What were your thoughts on the band’s decision to continue without him? It must have been difficult...

Barbara: “We encouraged them. Jimmy had written a lot of that last album and they had built up a band. I didn’t want to see it go away and I really wanted that last album out there. We talked to Matt [Shadows, Avenged vocalist] and we said, ‘Even if this is the last album you do, you’ve got to put it out.’”

Joe: “Every show they still play songs from Nightmare and they pipe Jimmy’s voice in just a little bit, just keeping him there. We’re really glad they kept going.”

What’s your most enduring memory of Jimmy?

Barbara: “I don’t think I will ever forget his smile. That big, impish grin. The very last Christmas that we had with him, just a few days before he passed, I asked him, ‘What do you want for Christmas?’ He said, ‘I want a decorative chicken.’ A decorative chicken? Who knows?! Ha ha ha! As each of the boys got married, I gave them decorative chickens in memory of Jimmy.”

Joe: “For me, it’s the big hugs. Jimmy had these big wide arms and he would come in and grab you by the shoulders and say, ‘C’mere...’ and hug you. What it meant to me was that he was comfortable with himself. He wasn’t frustrated anymore. He got to play, he got to be good to others and take care of people. Jimmy would hug everybody and to me, that’s what I remember.”