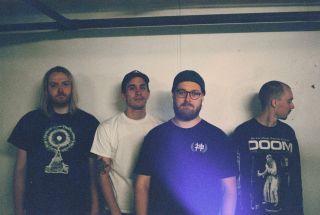 Norway might be more heavily associated with black and death metal than it is with fast, aggressive, metallic punk. But the Oslo-based Oberst are keen to broaden our horizons and prove to us that Norwegians can produce some great hardcore – and why wouldn't they? With such a breadth of musical heritage and an affinity towards the underground and extreme, it makes perfect sense.

"Oslo is big enough of a city to host a lot of really great musicians, at the same time as being small enough for everybody to basically know about each other, or even know each other to some extent," the band explain.

"Another nice thing about that is that the community spans across a lot of genres, not just the same one. Pop, hardcore, metal, jazz, whatever. I think that affects the sound of many bands here actually."

So, without further a-do, here are Oberst's top Norwegian hardcore bands you need to check out, now!

"When we started out we had more of a straight rock/metal sound, it wasn’t until a little bit later we got into hardcore.

"One song that really captured us and made us want to mix in some hardcore in our sound was Cult of The New Beat by Blood Command.

"It’s just unbelievably catchy! Blood Command is a really original and cool band, check them out."

"Unrelenting and uncompromising blackened hardcore, with influences of trash and death metal.

"Like the band name [they take their name from Siberia in Russia] suggests: Ice cold, grim dark and hard as nails. They’ll be dropping their second album this fall, so stay tuned!"

"Dark and dirty hardcore- band that retains an unrelenting rock attitude while simultaneously playing the most intricate math stuff ever. No small feet.

"The vocals of the charismatic frontman Emil Solbakken are a real treat."

"The band plays fast and really catchy hardcore/punk that draw a lot of influence from the American post-hardcore scene.

"A lot of the choruses are really big and melodic, while the rest of it is just pure aggression.

"Sort of a local 'supergroup', with members from Ieatheartattacks, Desperaux, and even our own Tarjei Kristoffersen on guitar."

"Blackened hardcore with the chops of the very best death metal bands, avant-garde parts reminiscent of the likes of Deathspell Omega, and dystopic Neurosis-esque stuff as well. What’s not to love?

"Not really a hardcore band, but had to be mentioned. A three piece instrumental band playing a blend of completely massive doom and stoner riffs, atmospheric post rock, and progressive rock.

"The musicianship on these guys is just out the roof really, both in terms of songwriting and the playing itself."

"This band describe themselves as Norwegian post-math-prog-hardcore.

"They are from our guitarists hometown, Drammen, just outside of Oslo, and have kept it going for at least 10 years, with lots of shows under their belt.

"Their last effort Stranger, from 2016, shows you just how experimental the band can be. Beautiful post-rock crescendos, '70s prog rock, and post-hardcore à la Refused."

Oberst have just signed to Indie Recordings (home of Kvelertak, 1349 and Enslaved). Watch their new single A Stranger Place Pt. 2 below.