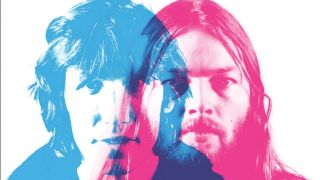 When Roger Waters left Pink Floyd, he tried to sue his former bandmates to stop them carrying on without him. Cue a vicious war of words and the aptly titled A Momentary Lapse Of Reason album. How did one of rock’s greatest bands become embroiled in such a bitter power struggle?

When Roger Waters announced that he’d left Pink Floyd, in the wake of the release of his first official solo album, The Pros And Cons Of Hitchhiking in April 1984, and that his departure spelled the end of the band, there was no sense of surprise in the music press. The news was all but shrugged off.

Shrugged off by everyone, that is, except for David Gilmour. As if waiting for the right moment to strike, Gilmour toured his own solo album, 1984’s About Face, playing theatre shows that relied heavily on his new material. He then sat back and watched as Waters launched a solo tour that contained many Floyd songs performed in an ostensibly conceptual Floyd-style show.

The next obvious step, in a business-sense, was clear to most, especially Floyd’s record company, EMI: for the two men to reunite and work together as Pink Floyd. For Waters, though, that would have been “a backward step”. For the equally stubborn but more pragmatic Gilmour, the suggestion that he make a ‘new’ Pink Floyd album – in name, at least – presented itself as a previously undreamed-of prospect: that of re-forming Pink Floyd, without Roger Waters.

The wheels were officially set into motion when Waters took out a high court application to prevent the Pink Floyd name being used again. Gilmour thought otherwise and brought Nick Mason and, eventually, Rick Wright back into the fold. Wright had been pushed out of the band after they’d finished recording The Wall. For legal reasons, he would remain a salaried musician for the new Waters-less Floyd album.

When Waters received word of Gilmour’s plans he went ballistic. For all his singular artistic vision, the one thing Waters did not see coming was his own demotion from the group. He genuinely believed that without him, Pink Floyd was “a spent force creatively” that “should be allowed to retire gracefully”.

When Gilmour – and Mason, Wright, and the powers that be at EMI Records – plainly thought otherwise, Waters decided to make them pay for their impertinence. Waters duly took the case to court – and lost. A blow he would never fully recover from.

“My QC told me that the kind of justice I was after I could only get from the public,” he admitted later. “The law is not interested in the moral issue bit in the name as a piece of property.”

He went on, bitterly: “In the best of all possible worlds my public, the Pink Floyd public will turn round and say, ‘No, this is not the Pink Floyd, it meant more than this. No, it shouldn’t just be a kind of franchise.’ When does a band stop being a band? They [Gilmour and co.] presumably have the same sort of definition as the people going round calling themselves The Drifters…”

None of which seemed to cause more than a flicker on the stone-like features of David Gilmour, who concentrated instead on making a new Pink Floyd album, A Momentary Lapse Of Reason, eventually released in September 1987.

Waters disparaged the first Pink Floyd album without him as “a pretty fair forgery”. And in many respects that’s exactly what it was. A Momentary Lapse… was as much a David Gilmour solo album as the previous Floyd album, 1983’s The Final Cut, had been a Roger Waters solo album. Waters had enlisted the help of Michael Kamen and the National Philharmonic Orchestra, Gilmour turned to The Wall’s co-producer Bob Ezrin, to help him out, along with a phalanx of session musicians, including saxophonists Tom Scott and Scott Page, bassist Tony Levin, Roxy Music guitarist Phil Manzanera, Little Feat keyboardist Bill Payne and the drummers Jim Keltner and Carmine Appice, to name a few.

Gilmour also teamed up with a young American keyboard player named Jon Carin whom he later claimed, “can do Rick Wright better than Rick Wright can”. Gilmour had first met Carin when he joined Roxy Music singer Bryan Ferry onstage in London for the Live Aid show in 1985. Gilmour later invited Carin to visit him at his country home, Hook End. A jam ensued, from which came the bones of the track, Learning To Fly, a song that became “the turning point” in deciding the direction the new album should take. When recording began the following year at Gilmour’s houseboat studio, Astoria, Carin was back again – for good.

Never the most prolific lyricist, other collaborators were brought in to find the right words to Gilmour’s new songs. Eric Stewart of 10cc was invited to try his hand, as were the Liverpudlian poet Roger McGough and Canadian songwriter Carole Pope, but nothing really stuck. It wasn’t until Gilmour invited Anthony Moore, founding member of 1970s British prog pioneers Slap Happy, to come up with some verses that things finally began to click.

Gilmour found the musical motif for the album he was looking for when Ezrin decided to record the sound of the River Thames outside the Astoria, one foggy winter morning, along with the sound of a creaking rowboat. The recording was then used as the album’s instrumental overture, Signs Of Life. The metaphor of an unending flow of water, of energy, of life, would become a lasting one for the new Gilmour-led Pink Floyd.

Given that Waters was gone and neither Mason nor Wright had more than minimal involvement, A Momentary Lapse Of Reason was the most Floydian-sounding Pink Floyd album since Wish You Were Here a decade earlier. The ambient sound effects and spectral keyboards were back, as were the back-arching guitar and pattering-rain drums. The vocals no longer sounded like they were being dredged from the bottom of the ocean, but had regained the ethereal textures of summers gone by.

Ultimately then, the fact that Pink Floyd’s principal lyricist and dream-weaver, Roger Waters, was nowhere to be heard made not a jot of difference to the millions who bought the new album. The fact that Pink Floyd at their greatest had always been anonymous, in terms of image, working entirely in their favour again. No one missed Waters unduly because, at their peak, nobody had ever thought of him as standing out from the others. The new Floyd album even had one track, Dogs Of War, that could have come straight from Waters’ corresponding solo album released that same year, Radio K.A.O.S..

There was one big difference, though, that everybody did notice: Radio K.A.O.S. barely reached the US Top 50, and limped to No. 25 in the UK. A Momentary Lapse Of Reason shot to No.3 in both the US and the UK charts. It was much the same story around the rest of the world. Decent enough reviews for both albums, but relatively modest sales for the Waters release, while the new Floyd sold in millions, picking up gold and platinum albums in a dozen different countries.

When the two camps then found themselves touring America at the same time, it was clear who the victor was going to be. Waters’ tour found him performing in modest-sized theatres, many barely half full, while the Floyd tour encompassed 200 high-profile arena dates resulting in over 5.5 million ticket sales. “I’m out on the road in competition with myself,” groaned Waters, “and I’m losing.”

Gilmour responded by telling the respected British writer Phil Sutcliffe: “I’m 40. I’ve slogged around America, Europe and the rest of the world to get the group off the ground. But I don’t feel old except when I think about starting all over again without the name Pink Floyd. I’ve earned the right to use it.”

He was also magnanimous in his appreciation for everything Waters had previously brought to Pink Floyd. Yes, there had always been rows between the two men, “but the rows were all about music,” he insisted. “I can also remember me and Roger sitting in the studio, going, ‘Wow, this is fantastic, what we’ve just done’. But Roger’s dominance did become an issue. I don’t think he consciously wanted to do people down, he was just being himself. Sometimes it’s hard to be sensitive to how much your characteristics can hurt other people. Also, everybody who got damaged by these things was as much to blame for it at the time as anyone else.”

Within three months of the ever-extending Floyd tour, both Mason and Wright had been brought more fully back into the fold, too, as if to underline just how ‘real’ this Pink Floyd was. “Their confidence was restored,” Gilmour explained. “That tour brought them back to being functioning musicians. Or you could say I did.”

With the tour still going strong a year later, a five-night stint at New York’s Nassau Coliseum was recorded in August 1988 and mixed the following month at Abbey Road. The result was Pink Floyd’s first live album in almost 20 years, Delicate Sound Of Thunder, released in November.

By then, though, the war between both sides was over – legally at least. Two days before Christmas 1987, Roger Waters officially accepted an out-of-court settlement from David Gilmour’s legal team, withdrawing any challenge to Gilmour’s use of the Pink Floyd name, in exchange for his retaining of full rights to the concept of The Wall.

There were, however, several small but typically exacting demands, such as an $800 per show fee for the band’s use of the inflatable pig. For the 1987-88 Floyd comeback tour, Gilmour had already had pink testicles added to the original sow devised by Waters, thereby rendering it sufficiently different from the original Floyd pig.

Asked around this time what his artistic purpose would be now he no longer retained any say in the future of Pink Floyd, Waters responded caustically: “There is no purpose. We do whatever we do. You either blow your brains out or get on with something.”

In fact, Waters seemed to struggle from hereon in with exactly what he wanted to “get on with”. There was only one further solo album, the typically bleak and just as typically brilliant, Amused To Death, in 1992.