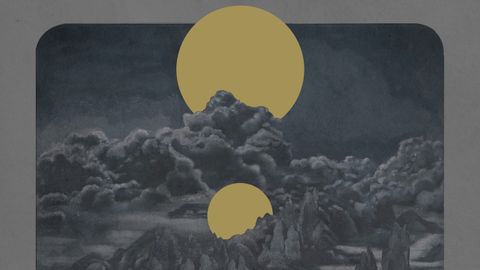 "True ascension requires a destruction of those barriers that prevent any movement forward,” proclaim Yob, before doing their level best to blast through the obstacles that stand in the way of philosophical enlightenment, or whatever the hell it is they are trying to achieve.

It’s hard to tell exactly, though judging by album opener In Our Blood it might just be the total destruction of the id, ego and eardrums of listeners the world over. Here sludgy guitar riffs bubble and moil, while frontman Mike Scheidt’s guitar and vocals veer from guttural to oddly high-pitched and do battle with each other to offer up the most whacked-out sounds capable of being produced with only six strings, an abused larynx and close access to an electricity source. This goes on for the longest 17 minutes of your life.

Because Yob don’t do things by halves. On their seventh album they attempt to out-Black Sabbath themselves as so many lesser mortals have done before – but these mad fuckers actually succeed. This is aggro-doom slowed down to a snail’s pace. Thunderous, pummelling riffs last heard from the likes of Sleep may crumble like the towers of Babel, but Yob’s strength lies not merely in brute force but their Mogwai-like ability to take things down a level, and their use of the good old loud/quiet dynamics that lie at the heart of so much doom, drone, sludge and post-rock. Album closer Marrow has an elegiac quality that is as disarming as a serial killer’s lullaby, but that’s not before the whispered passages and nocturnal melodies of Unmask The Sceptre have spooked you the fuck out. Yob know that an idea worth doing is one worth doing to ridiculous levels of repetition bordering on the torturous. A compliment? Possibly.