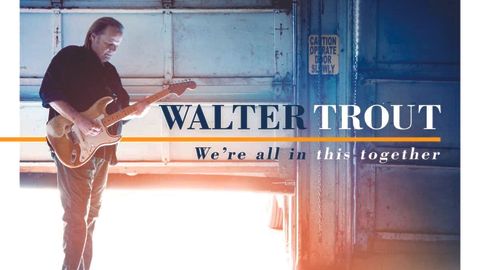 Trout’s albums either side of a life-saving, gruelling liver operation in 2014 dug deep into his personal blues. We’re All In This Together now looks determinedly outward, bringing in friends such as Joe Bonamassa and John Mayall to address what Trout calls “this time of madness”.

On the Kenny Wayne Shepherd-assisted opener Gonna Hurt Like Hell, Trout warns his fellow Americans of the brand of political snake oil currently on offer: ‘Don’t you go buying/What they’re trying to sell.’ An hour later, the man who could barely lift a guitar three years ago is bringing the album to a storming close with Bonamassa on the healing title track.