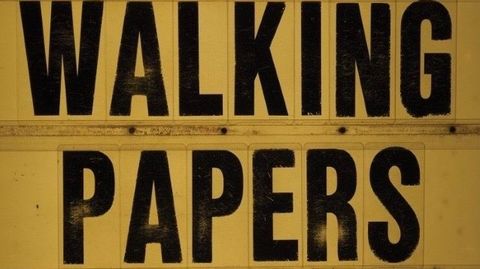 With no disrespect intended to Guns N’Roses or Velvet Revolver, it was a joy to discover how little Walking Papers had in common with Duff McKagan’s other bands when they released their first album in 2013. Instead, theirs is a heady and timeless cocktail of dusty blues, atmospheric grunge and classic rock’n’roll that has the history of their home town Seattle and decades of road-worn experience woven deep into its fibres.

On WP2, bassist McKagan, golden-voiced, hugely expressive singer/guitarist Jefferson Angell, keyboard player Benjamin Martin of the Missionary Position and Screaming Trees drummer Barrett Martin have taken things up a notch, outswaggering QOTSA on the wry My Luck Pushed Back, slipping on Ryan Adams’s existential, darknight-of-the-soul shoes (and borrowing from his songbook for its ‘strung out forever like Christmas lights’ lyric) on the woozy Red & White, and even updating the lusty charm of INXS on belters like Hard To Look Away and Death On The Lips. Mainly, though, Walking Papers’ style is their own, flitting from cocky to introverted, carefree to philosophical, nuanced to thrilling, and it’s very, very good indeed.