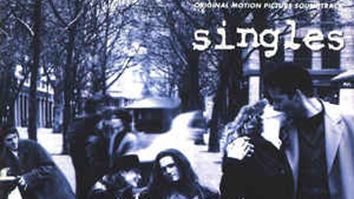 Grunge wasn’t quite the musical revolution it’s been painted. For all the clichés about the rise of music from the sodden Pacific North-West suddenly sweeping the pretty boys off the Hollywood streets, for many the explosion had been a long time coming. For a whole generation of fans weened on releases from SST and Homestead Records and the music of Hüsker Dü, The Replacements, Volcano Suns and Big Dipper it was business as usual, albeit in a rather larger spotlight. The hair was no different, the guitars still cranked, and plaid shirts were hardly new. If anything, the scene that developed around Sub Pop and Seattle had much more in common with traditional hard rock than that which preceded it, and those who still protest the much-needed demise of hair metal might be surprised by examining the music that flourished beyond the Puget Sound murk.

The Singles soundtrack remains as good a place to start as any. For the bedrock of a somewhat flaccid rom-com it remains as accurate a historical artefact as any carefully curated Sub Pop compilation. For a start, director Cameron Crowe was smart enough to bridge the gap to what had been before, including two delightfully buoyant tracks by head Replacement Paul Westerberg, Dyslexic Heart and Waiting For Somebody. He also paid tribute to the city’s history, with Jimi Hendrix’s lilting May This Be Love and The Lovemongers’ cover of Led Zeppelin’s The Battle Of Evermore showing Heart’s Wilson sisters working together as well as they ever had. The Smashing Pumpkins’ effervescent Drown was a signpost to events taking place further east, while elsewhere it was a ‘who’s who’ of grunge’s great and grimy: Alice In Chains, Pearl Jam, Chris Cornell, Mother Love Bone, Soundgarden, Mudhoney and The Screaming Trees.

Of the extras included in the inevitable 25th anniversary repackage, there’s a whole battalion of songs still M.I.A.. The Cult’s pivotal She Sells Sanctuary still doesn’t make the cut, nor a host of others, but the scratchy early version of Soundgarden’s Spoonman is fascinating, and you’ll struggle to find a bouncier instrumental than Paul Westerberg’s previously unreleased Lost In Emily’s Words. A quarter of a century on, Singles is still a landmark.