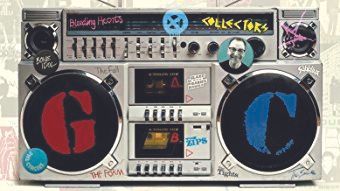 The world may be full to the brim of new wave and punk compilations, but it’s still possible to find freshness in the hoary old archives of gobland, as DJ Gary Crowley proves with this unambiguously-named collection. Despite a sleeve displaying an anachronistic ghetto-blaster, this is a set that could only have been compiled by someone who was there at the time. With a disc jockey’s sense of running order, songs like White Mice by the Modettes follow the Vibrators’ We Vibrate, while obscurities like Talking Hands by The Collectors and The Nice Men’s Nuclear Summer nestle next to the better known All About You by the Scars and Girls At Our Best’s Getting Nowhere Fast. At times it may seem like a jumble of disparate styles, but that’s what the era was like, as punk orthodoxy was constantly challenged by power pop (the brilliant Language School by the Tours) and lost brilliance (The Tea Set’s marvellous Parry Thomas). This set achieves the rare feat of making an increasingly clichéd format exciting, and even introduced this old new-wave lag to a few previously completely unknown songs.