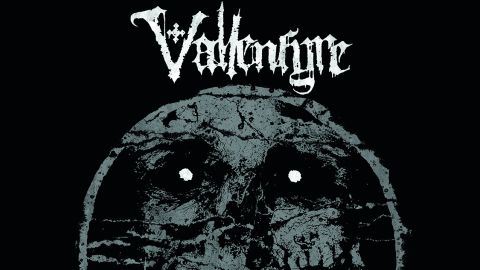 If you’ve had the pleasure of witnessing Vallenfyre in the flesh, you may be forgiven for thinking that Greg Mackintosh is simply having the time of his life away from the more dour momentum of Paradise Lost. It doesn’t take much further inspection, however, to work out that Greg’s now regular detours into scabrous death metal territory are as sincere as it gets. Onstage, he may make acerbic gags and indulge in some endearing, oh-so-British self-deprecation, but the songs on Fear Those Who Fear Him are plainly as serious as hell. Once again produced under the watchful ears of Converge’s Kurt Ballou, the third Vallenfyre album is an object lesson in ferocity, both in terms of the music itself and the band’s audibly joyous harnessing of death metal’s arcane spirit. Neither a lazy facsimile of old Autopsy and Dismember records nor an outright crustpunk barrage, Ballou’s production finds the sweet spot between old-school grind and new-school crunch, enabling the true power of these magnificently gruesome riffs to emerge.

Intro Born To Decay starts as a harrowing, hellish echo chamber before the first scything riff squirms into life, knee-deep in doom and resolutely macabre. Opener proper Messiah sets the tone for the whole record; it sounds like some long-lost classic from the early 90s, but somehow bigger, nastier and possibly even better than anything that era produced. The skull-splitting intensity of Waltteri Väyrynen’s blastbeats hit home like Nasum in full flight, but with the grubby menace of Grave’s early demos and a guitar tone so thick and twisted that Trey Azagthoth might think twice about inflicting it on innocent ears. In contrast, An Apathetic Grave and Cursed From The Womb are grotesque imbroglios of white-knuckle doom riffing: snail’s pace hymns to the futility of just about everything that are eerily convincing and as unrelentingly crushing as anything this side of an Asphyx encore. Even mid-paced fare like Amongst The Filth and the Bolt Thrower-saluting war-crawl of The Merciless Tide exudes an air of haughty supremacy and, in truth, it’s well-earned. From start to finish, Fear Those Who Fear Him is a mesmerising death metal masterclass.