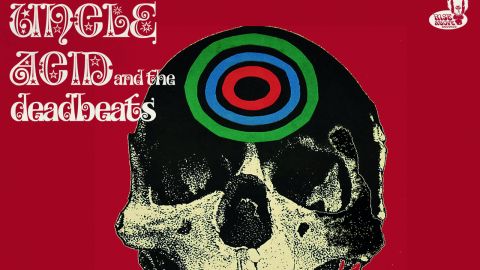 Imagine a dimension where people perpetually pop lysergic pills, mesmeric under black light to the tune of Black Sabbath’s Vol. 4, for it is from such a realm that Englishmen Uncle Acid… first materialised on this, their re-released and marginally cleaned-up debut – a potent DIY homebrew recorded on a shoestring budget, rough as houses, and all the better for it. As they’ve since proven across four records, this is more than a mere nostalgia trip. The odour of musty amps and stale bong water is potent on tracks such as Witches Garden, the organ, that guitar tone reviving heady vibes of a bygone era. Implacably cool, vocalist Kevin Starrs blesses the seductive showmanship of Vampire Circus and the swing and swagger riff-stormer I Don’t Know with effortless mystique and charisma. The perfect antidote to the sterile environs of the Pro Tools era.