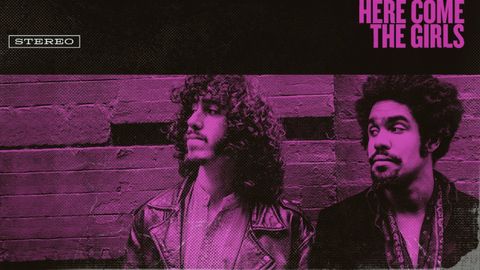 When New York guitar/drums duo the London Souls arrived at London’s Abbey Road studios to make their second album, they summoned up the ghosts of all the bands who had recorded there in the 60s. Not just obvious names like The Beatles or Hollies, or even cult heroes like Badfinger, but also the cameo players like the Swinging Blue Jeans and Cliff Bennett & The Rebel Rousers.

Not that there’s anything notably revivalist about the London Souls. They were looking to catch the spirit of the era, the ‘look at us’ attitude, and Abbey Road’s clean production fits their tight sound. Their songs range from power pop to blues, with a couple of unexpected folky ballads.

You could spend hours ticking off the references (which obviously extend beyond Abbey Road), but what gives the album its identity is their own sense of style.

Their jangly, strident riffs and chord progressions are cleverly echoed by their melodies and hooks, and while some of guitarist Tash Neal’s solos recall Clapton circa early Cream, drummer Chris St Hilaire takes a more Zeppelin-ish approach. Here Comes The Girls is a timeless pleasure./o:p