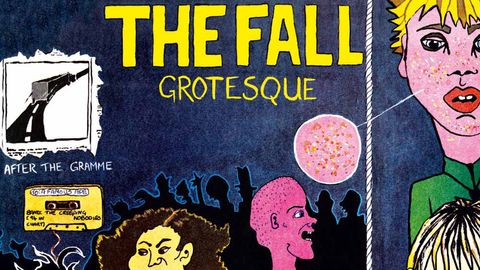 It was Mark E Smith’s 60th birthday on March 5. The BBC marked the occasion by erroneously announcing his death on Twitter. We’d put money on the great man cackling his arse off at the blunder. Westworld have taken the more respectful – but less hilarious – route to paying tribute, re-releasing a handful of The Fall’s albums. God knows how they chose from the band’s gigantic back catalogue, but 1980’s Grotesque (8⁄10) is a great place to start, Smith’s dour post-punk poetry (‘stop mithering!’) squaring up to a band masterful in their knowing, kazoo-spattered oddness. Perverted By Language (7⁄10) finds them in a playful mood as guitarist Brix Smith makes her debut. As they dip their toes into krautrock and even wonky psychedelia, it marks another new chapter in their evolution. Outsiders will recognise The Marshall Suite (7⁄10) opener Touch Sensitive from a Vauxhall Corsa ad, but The Fall’s discovery of techno means there’s a lot more going on here than mere ‘hey hey hey’. It was recorded after a deeply unpleasant incident in which Smith was arrested in the US for fighting his entire band (who then quit), and the shambling rockabilly of F-‘oldin’ Money – Summertime Blues with a sore head and a black eye – sums up the chaos perfectly.

Live albums are usually surplus to requirements, but these are catnip to completists. A Part Of America Therein 1981 (6⁄10) (‘from the riot-torn streets of Manchester England!’) and Totale’s Return (6⁄10) are blessed with better sound than most of the many live Fall albums out there, so the true nerds’ll be happy.