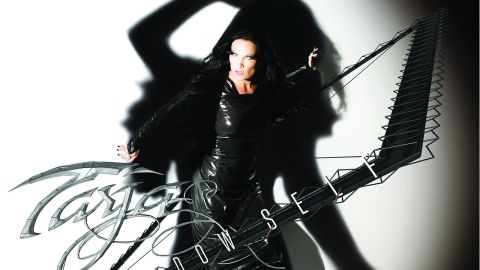 Since going solo a decade ago, Tarja Turunen has often struggled to find a balance between classical and metal overtures, but on The Shadow Self, she has got it brilliantly right.

This album drips with melodically soaring vocals, but also has some concussive, aggressive rhythms. This is clear on Demons In You, where she duets emphatically with Arch Enemy’s Alissa White-Gluz.

Tarja maintains the high standards throughout, with her inimitable operatic voice sounding a little more earthy than previously on the driving No Bitter End, and the interplay between vocals and orchestration on Innocence and Love To Hate brings out the passion and power in both songs. There’s a strongly absorbing cover of Muse’s Supremacy, which admirably suits her voice, while The Living End is a ballad with depth, and Diva is humorously self-deprecating. Every song has been carefully put together, but without any loss of spirit. Sometimes there’s a strong nod towards her Nightwish past, as on the intense Undertaker, but that’s to be expected. However, the overall impression is of a supremely confident singer who, on her fourth rock album, has finally found her own sound. The Shadow Self sees Tarja weaving together the strands of her talent.