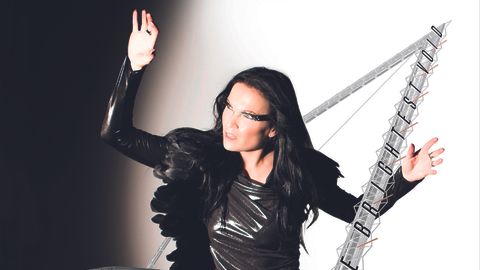 What do you do when you’ve recorded too many songs for your latest release? If you’re Tarja Turunen, turn them into a prequel album!

She’s already described the forthcoming The Shadow Self as one of her “heaviest albums”, and this prequel sees the musical chameleon flit between heavy, neo-classical and experimental styles.

It’s a collection that has more in common with 2010’s punchy What Lies Beneath than last year’s classical Ave Maria – En Plein Air or 2013’s progressive Colours In The Dark. There are surprising guest appearances from ex-Hanoi Rocks frontman Michael Monroe (Your Heaven And Your Hell) and Red Hot Chili Pepper Chad Smith (Eagle Eye), and there’s even a bombastic cover of Shirley Bassey’s Goldfinger. There are gems, like the experimental Witch Hunt and Paradise (What About Us), her collaboration with Within Temptation, but on the whole, it all sits uncomfortably together as an album. For diehard fans, it shows off the soprano’s diversity, but it can be a challenging listen.