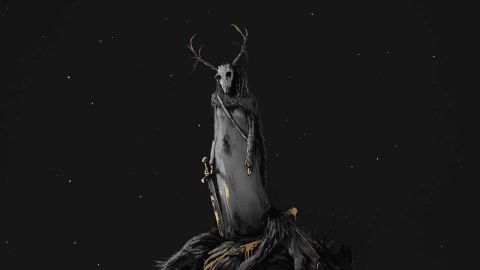 Juha Raivo has been keeping himself busy since the tragic death of his life partner and Trees Of Eternity bandmate Aleah Starbridge in 2016, channelling his grief into first-class doom metal. After launching new band Hallatar in 2017 to honour her memory, there’s now this seventh long-player for his mothership band and life’s work, Swallow The Sun – the band Juha conceived alone in his Finnish Lakeland home at the start of the millennium, and the medium through which he met his muse.

From their first demo in 2003, Swallow The Sun were nailing a mature and emotive strain of melancholic doom-death that they’ve continued honing ever since, reaching a peak on 2015’s Songs From The North Parts I, II and III – an epic, intensive, two-and-a-half hour pine-scented masterwork. Elegant melancholy has always been their MO, but this album’s gloom cannot help but devastate even more utterly in the shadow of such profound loss. Even the acoustic campfire strumming takes on a dejected hue, the moments of hushed delicacy even more crushing than the sluggish descent of power chords.

However, for all the many layers of musical sorrow – glacial shoegazey cadences, somnolent pipe organ, haunting piano, weepy strings, and Mikko Kotamäki’s nakedly vulnerable clean vocal melodies – the predominant expressive force here is palpably Juha’s guitar playing. Casting subtle shades of mood with just a chord progression or key change, he spills out bittersweet melodies while pushing the guitar heroics to such an effusive extent that it starts to feel like this full-blooded immersion in the capabilities of a six-string has a therapeutic obsessiveness, helping raise the bar at every level. STS could never be accused of skimping on emotional intensity, but the rawness and realness of the pain behind this album leaves their previous work sounding breezily untroubled in comparison.