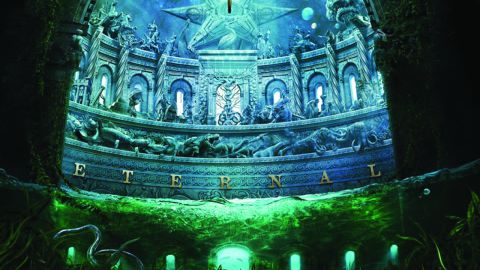 It was widely predicted that the meltdown and exit of guitarist and bandleader Timo Tolkki would kill Stratovarius stone dead.

In fact, after Tolkki returned the rights to the name to his former bandmates in 2008, the new-look Finns hit something of a purple patch, letting off creative steam with a trilogy of well-received albums. Stratovarius broke the cycle of album-tour-album for Eternal, slowing things down for their 15th studio set. The decision to allow its songs to stew a little more has paid off.

Save for a spell in the studio with side-project Cain’s Offering, a break has also done Timo Kotipelto’s voice the world of good, and he soars above the rampant opener Shine In The Dark. Is it fair any more to refer to Matias Kupiainen as Tolkki’s replacement? Whatever; despite sometimes incorporating economy, Matias stretches out on the scintillating *Rise Above It *and Fire In Your Eyes, his alliance with the symphonic keys of Jens Johansson spellbinding. Yes… musicianship, songs, melody and vocal prowess, Eternal has the lot.