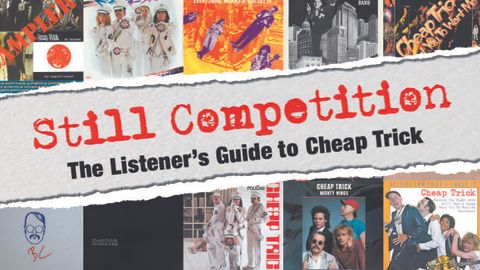 This dissection of Cheap Trick’s discography goes beyond forensic – the handclaps on the Oh Candy single that do not appear on the album version, the misspelling of Lookout as two separate words on the sleeve of At Budokan although it appears correctly on the record label, the unusual frequency with which Tom Petersson changed bass during their Reading Festival appearance in 1979.

There are some genuine revelations here: the first CD release of At Budokan, the band’s definitive album, that used preproduction tapes is a staggering example of record company sloppiness. However, unless your girlfriend is prone to waking at night in a cold sweat, desperately wanting to know what happened to the missing handclaps, some of the nuggets have a limited value.

A glimpse of the band’s individual characters might have been able to answer the biggest question of all – when did drummer Bun E Carlos cease his prodigious cigarette habit?