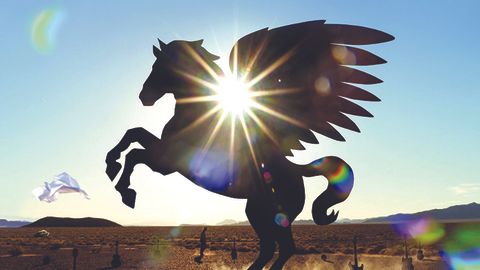 It seems curious that despite a 50-year career, most rock fans’ knowledge of Steve Miller is limited solely to his handful of radio staples – The Joker, Abracadabra, Fly Like An Eagle.

A graduate of the Chicago blues scene who arrived in San Francisco in time to embrace psychedelia, Miller navigated his way through the rapidly changing musical tides with a dexterity to match any of rock’s biggest stars. Yet this fascinating figure – a former child prodigy who went to school with Boz Scaggs – remains that rarest of commodities in rock: a household name we know very little about.

Miller’s own frustration at this state of affairs spilled over last year at his belated induction into the Rock And Roll Hall Of Fame, an experience he described as “unpleasant”.

Curated by Miller himself – now a sprightly 73 years old – this multi-formatted collection does its best to set the record straight. While the single-CD version collects all the hits plus a previously unreleased solo demo of Seasons (originally on 1969’s Brave New World album), it’s on the 40-track, two-CD (and quadruple-vinyl) set where things get really interesting.

Opening with a home recording of Les Paul (his godfather) telling him: “Steve, you’re really going to go places,” it comes with a folksy, autobiographical feel that’s mirrored by Miller’s essentially good-natured muse.

It’s fascinating to trace his progress – from the driving psych-blues of 1968’s Living In The U.S.A. through the streamlined groove-rock of 1973’s Jet Airliner to the synthesisedtrippiness of 1976’s Wild Mountain Honey.

Miller has always been at his happiest, as he told us in 1973’s The Joker, when he’s ‘playing my music in the sun’. His upbeat approach may have denied him the critical plaudits he deserves, but 40 years on from his heyday he’s having the last laugh. This funky, feel-good collection sounds as fresh as tomorrow.