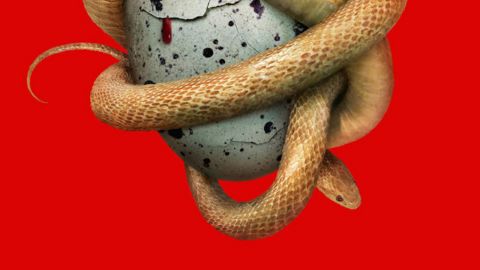 Like their peers Halestorm, Shinedown have an emotionally charged urgency that’s lured younger listeners to the wonders of rock. Lyrically they reach out to the downtrodden.

Musically, on Threat To Survival, they bolster this sentiment with clean yet not overly processed production and the tight, contemporary heft of an organised prizefighter.

On an album earnestly promoted as ‘brutal’, Asking For It sets a surprisingly approachable tone. Drums thump and bash, electronic twists judder aggressively and chords pound like boxers’ fists, but the underlying sense is one of melodic emotion. Cut The Chord is more heavyweight, guitars cutting and punching above a kids’ choir chorusing ‘freedom lalalala’, all tied up by a catchy hook.

They’ve hit arena shows hard, and singalong-ready refrains in the likes of Oblivion suggest they have no intention of downsizing. For the most part it works really well, even if certain points err on the angsty side. Thick As Thieves will annoy some listeners – they insist on doing that ‘uh-oh!’ refrain broadly favoured by an indie-er, wetter crowd. However, it’s compensated for by the rousing, anthemic Black Cadillac – triumphant proof of mature, keys-based substance, offsetting their ‘stick it to the bullies’ aggro.

An assured piece of reach-for-the-stars hard rock, sure to thrive live.