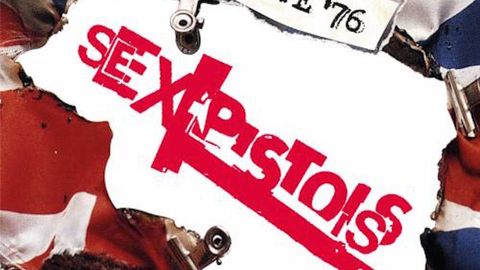 Perhaps the most significant details that leap out at you when looking back on the game-changing phenomenon they called Sex Pistols is the speed with which it happened and the head-spinning brevity of the punk-defining band’s existence. The first of the four shows captured here, in basic buyer-beware audio vérité, occurred less than a year after Johnny Rotten née Lydon joined the band. The last (three months on) was recorded 66 days before they swore themselves into infamy on Thames TV’s Today show. Thirteen months later, they’d split.

Of course, today’s bands spend longer with their stylists deciding on how much beard oil to apply than it took the Pistols to change history, but hey, that’s progress for you. Our initial port of call is Manchester’s Lesser Free Trade Hall. It’s June, at the start of 1976’s long, hot summer, and although the Pistols are haphazard, with hit-and-miss licks and aggression at a premium over finesse, they’re playing to an audience of slope-shouldered misfit civilians who will latterly, as a direct consequence of this night, become Joy Division, The Smiths, The Fall and Magazine.

Two months later, on Lydon’s Islington home turf, the Pistols are topping a bill completed by The Buzzcocks and The Clash, two more bands they’d inspired into being. They’re tighter, and they’ve added Anarchy as an opener. Revolution’s in the air.

Next month, at Chelmsford Prison (the day Paul Cook gave up his day job at the brewery), the sound’s better, and eight days later at Burton-On-Trent, they’re on fire: tighter, heavier, as self-assured as Oasis circa ’94. They’re an irresistible force. History didn’t stand a chance. Next stop: destiny. The sound might be shit, but the attitude’s awesome.

Steve Jones - Getting High Was Pretty Much My Ambition