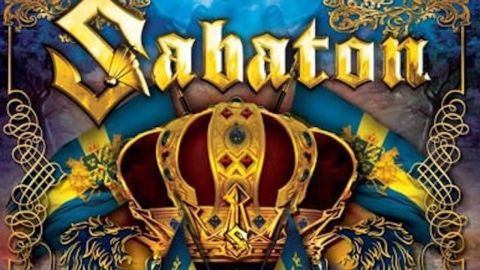 Power metal can be a law unto itself – a dirty word to the lay metaller and a thing of gleeful, trainspotting delight to the aficionado. And then there’s Sabaton.

This Swedish anomaly ticks every box without scaring away the more casual headbanger, and Carolus Rex is no exception.

As with all Sabaton releases, the Swedes’ sixth studio outing sets famous battles, wars and tacticians – in this case, Charles XII of Sweden and European conflicts of the 17th and early 18th centuries – to a ferociously fast-riffing soundtrack.

But there are slower ebbs – the dirge-like Long Live The King, the mid-tempo A Lifetime Of War, and the anthemic title-track provide much-needed shade to the light of the all-guns-blazing charge of Lion From The North and the galloping, bayonet-in-the-air bravado of 1648.

Lock and load – war never sounded this much fun before.