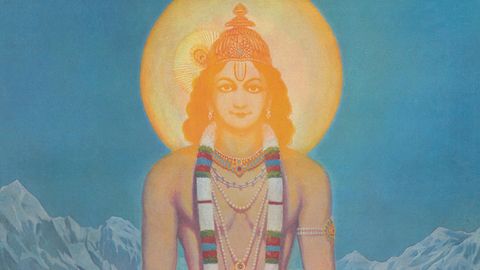 This West London outfit deserve more than their current fate – perennially used to soundtrack archive footage of naked hippies and hand-painted camper vans pulling up at free festivals. Signed by Island boss Chris Blackwell after a rehearsal in the basement of a Ladbroke Grove fish and chip shop, their Krishna-influenced sound saw them sell out the Royal Albert Hall and draw admirers such as Pete Townshend and Jim Morrison, before the band imploded in 1972.

1970 debut In Blissful Company’s shroud of Eastern mysticism disguises a sharp pop sensibility, evident in the propulsive raga-rock of softwareuiphraseguid=“b73b95eb-5afd-46c1-8529-fe45b240bff1”>Giants and the Hawkwind-esqueBody. Flute-driven anthem Notting Hill Gate, meanwhile, boasts the, erm, quintessential hippie lyric: ‘We all sit around and meditate.’

1971’s Dive Deep is no less beatific, although as Codling notes, the recording process itself suggested times were changing. While the ’Essence pursued their whimsical path to enlightenment, upstairs, Jimmy Page and Robert Plant were laying down the hard rock future with Led Zeppelin IV.