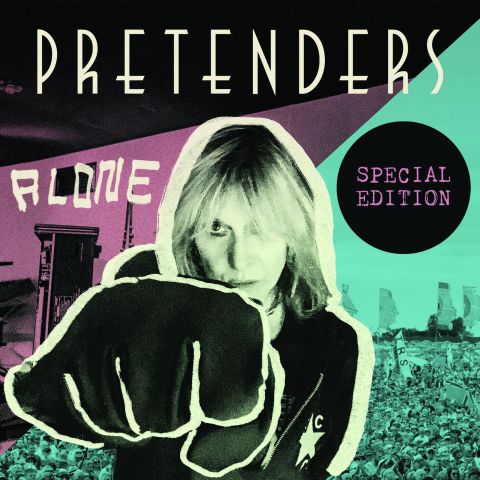 This album rocks. Yes, in places it feels like a nostalgic rip-off – co-conspirator, fellow Akronite Dan Auerbach is well-known for his greasy reverence for rock’s past in the Black Keys. Yes, the title track is half-Klark Kent tribute and half second Pretenders’ album tribute (all those muttered asides and ‘fuck off’s). It feels right, though. Chrissie Hynde, more than most, personifies rock (part Kim Deal with a dirty fag hanging from her mouth, part Suzi Quatro, very much herself).

Roadie Man could be an outtake from The Blues Brothers (original) – Booker T on the keys. But for every One More Day demoing for a 30-year-old remake of Absolute Beginners with its bossa nova swagger, there’s a grungy shit-kicker like Gotta Wait or a serpentine, murky Holy Commotion. Sure, we only really love it cos it sounds like Chrissie. But this is Chrissie sounding on top of her game: tough, solid, and emotional.

Pretenders? Hardly matters at this late stage. Bunch of session musicians or not, Hynde has always been centre and front of the band. This reissue of the 2016 rocker comes with 15 classic Pretenders songs recorded live in 2017. Frankly, they feel unnecessary, although I’m sure they’re great to witness (see above). But Alone itself rocks