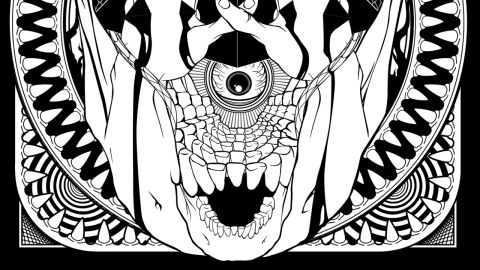 A black metal band they may

It’s not a huge surprise to discover their last release featured covers of Doom and Disgust songs. Their first to feature ex-Today Is The Day vocalist/bassist Ryan Jones, Harbinger is a thrilling collection of unrelenting and often epic black metal, with Black Pyramid a killer opener that sounds like it’s being buried alive beneath an avalanche of blastbeats, and the pervading sense that Mutilation Rites think that necrophilia is for lightweights. Ignus Fatuus takes its name from the naturally occurring ‘ghost lights’ known as will-o’-the-wisps, and is suitably nocturnal and disorientating, a perfect example of a BM song that knows how to switch gears to a new level of intensity. By closer Conspiracy Of Silence it’s obvious that Brooklyn is more than capable of representing black metal on the world’s stage.