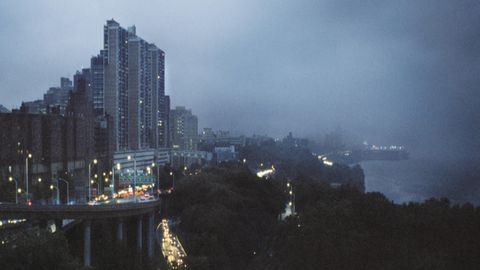 We could talk a lot of twaddle about their spatial dynamics and the aesthetics of tension/release that neither you nor I quite understand. But why bother? Mogwai have a sound as perfect as The Ramones, or Stock, Aitken & Waterman, or Neu!

It’s a sound that’s both simple and insanely complicated to create. You hear lots of post rock instrumental bands these days, trying to do the same thing with minor variations. Only Mogwai get it right, though. Insofar as it matters, the music here is less abrasive than on previous album The Hawk Is Howling – more melodic.

It isn’t like any of their previous six studio albums and numerous EPs. But it’s not unlike them, either. In a life or death decision, you’d choose this over the rest for the motorik perfection of Mexican Grand Prix or the heartbreaking crystaline Death Rays or the vocoder punk of George Square Thatcher Death Party.

Like any other Mogwai record, though, it could be the perfect soundtrack to the film that is your life.