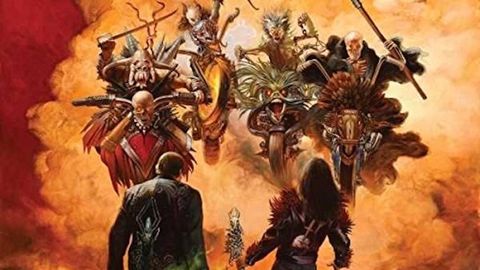 For one of the best-selling artists ever, Loaf’s had one turbulent career. It always seems that just to float, he has to run like some kind of winged mammal out of Hades. He continues to gig, act and have health scares. Now, 39 years after Bat Out Of Hell and five years after Trump fired him from The Celebrity Apprentice for being too emotional, comes his thirteenth album.

‘My voice just isn’t what it was,’ he sings on the Sparks-meet-Brecht cabaret of the opener, but the good news is that these are all Jim Steinman songs – which means over-the-top lyrics, grandiose bombast and, in an uncommon phrase, songs previously recorded by Bonnie Tyler and The Sisters Of Mercy.