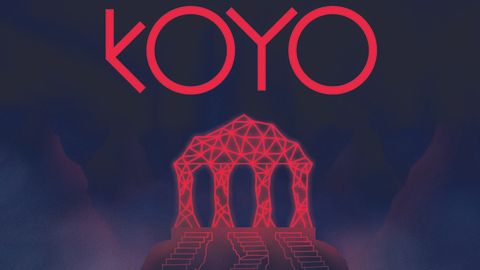 With influences ranging from Led Zep and Alice In Chains to Radiohead and even Paul Simon, this promising band deliver a big, dramatic, psych-soaked sound with a texture that owes much to My Bloody Valentine, and even A Northern Soul-era Verve.

This, their debut album, was recorded at the studio of former Hawkwind member Dave Anderson, and there’s a fittingly cosmic sweep to Koyo’s melodic anthems (Strange Bird In The Sky, Jettisoned), plus a dash of Pink Floyd’s experimentalism (sprawling single Tetrachromat is tempered with a very Dick Parry sax solo). Elsewhere you might hear the avant-rock of the Mars Volta, even Mansun, and Koyo can do 80s-inflected funk-pop too (Lost In The Kingdom). Jacob Price’s well-judged keyboards and programming add a 21st-century sheen, and guitarist/vocalist Huw Edwards is an appealing presence, hitting the sweet spot between rawk heft Release) and indie vulnerability (Jouska is just gorgeous).

Overall it’s a tantalising calling card, and the word is they’re killer live too.