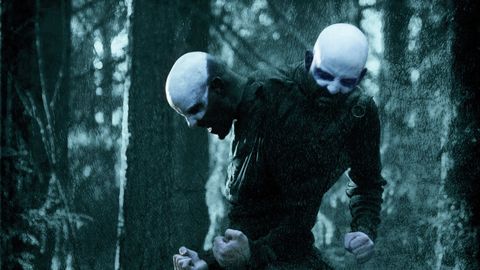 Having put out a consistent run of five albums from 2001-2008, Khold disappeared from view for a time, with vocalist/guitarist Gard and drummer Sarke returning to resurrect their earlier group Tulus – not to mention Sarke’s self-titled project with Nocturno Culto.

Never ones to deviate massively from their chosen template, Til Endes more or less picks up where the band left off. Groove remains the focal point here and while there’s certainly a fair amount of black metal influence, that label is nonetheless slightly misleading. For the most part the fast catchy riffs and old-school overtones provide what might be best described as a black thrash assault that brings to mind countrymen such as Aura Noir and latter-day Darkthrone, not to mention the pioneers who created the sound. With that in mind, it’s perhaps not so surprising when a rather tasty cover of Sepultura’s rocking Troops Of Doom appears and indeed, a similarly upbeat-yet-heavy approach can be found throughout this album, albeit with a notably polished finish.