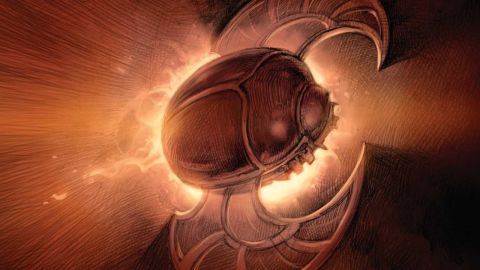 Journey’s past and present are unfolding at the same time. Most bands hoping for a run at a productive future without a famous member can at least rely on their history to remain exactly that: available to those that seek it out but otherwise discreet enough to hover in the background, distanced by time. For the last year and a half though, Journey’s history has got itself right back in their faces, thrust there by the odd phenomenon that is Glee.

As they toured for two years in support of 2008’s all new Revelation album, the songs that the world was hearing came from decades before. It’s a double-edged sword, success like that.

What it does mean is that Journey don’t have to do what they are doing. Neil Schon, Jonathan Cain and Ross Valory could fill their days racing cars, trading shares, buying islands, recording collections of their acoustic numbers with the London Philharmonic – in short, doing all of the things that rich men do in the autumn of their years. Failing that, they could take the Las Vegas dollar and churn out the hits for the casino crowds, they could turn their greatest hits into a Broadway show, or they could milk the nostalgia market as and when they choose to help buy themselves a new speedboat.

That they haven’t means that Journey are back in the arena because they want to be. They consider their band to be alive and viable, and it deserves to be judged as such.

In Eclipse, Journey have made a strong melodic hard rock album – an album full of craft and know-how, but one that inevitably lacks the magic and the majesty of their greatest work. Entire dissertations could be written on exactly why – those kind of landmark records tend to represent a time and a place that can’t be recaptured. There is also an optimum moment when bands produce their best music, when ambition and talent are joined by just enough experience and knowledge to craft their tunes into something special. There is often internal friction that produces great creativity but that cannot be maintained once money and success mean that it no longer has to be. Often, too, a band will get one shot at replacing a significant member before credibility is fatally compromised, and Journey have had several attempts at replacing Steve Perry [himself a replacement of course, back in the near-forgotten mists of time].

Leaving aside the quality of his vocals – and that is a considerable ask – Perry was integral to the band as a writer. Finally, and this is also noteworthy, Perry himself had rejoined Journey, for the album Trial By Fire in 1996, and the chemistry proved elusive then, too. Arnel Pineda, who sang on Revelation and holds his place for Eclipse, has been acclaimed for his ability to reproduce Perry’s extraordinary range live [he was previously a member of a Filipino covers act that played a number of classic Journey songs], and is, to his credit, establishing a personality and a sound of his own. He is a grittier presence than Perry, his tone not quite as pure or substantial, but very nearly as powerful.

On an uptempo rock song like City Of Hope, which opens this collection, he is capable of blasting away like Perry did on Separate Ways. What really set classic era Journey apart though was Perry’s versatility and his range of influence. Some of Journey’s greatest songs – Girl Can’t Help It, Be Good To Yourself, and the now ubiquitous Don’t Stop Believin’ – are not generic rock tunes.

His partnership with Jonathan Cain balanced Neil Schon’s hard edge with suggestions of soul and pop. That essence is missing here. As Schon says: “I’m in love with this record. It is a rock record and it sounds amazing.” Well, it does if you’re Neil Schon. And Eclipse is palpably his record rather than Cain’s.

Edge Of The Moment and Chain Of Love, which follow City Of Hope, are dominated by his guitar, which producer Kevin Shirley has set at the centre of things. She’s A Mystery sounds a lot like the Departure-era Journey, right before Cain arrived, and one of the big ballads, To Whom It May Concern, is led by guitar rather than piano. Nonetheless, there are some tremendous melodies here, and Journey retain their glorious capacity to thrill.

They have proved that they are more than a nostalgia act, and compared to most bands in the genre they remain a class apart. Eclipse isn’t Escape by any means, and Journey might exist in their own shadow, but they are certainly not done yet.