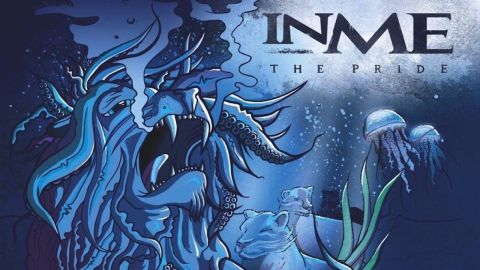 Having emerged into the then thriving post-hardcore scene of the early 2000s, Essex’s InMe have survived shifting musical fashions, holding on to put out their fifth album through the fan-funded Pledge Music scheme.

The faithful who helped The Pride happen will find the band on bullish form, their trademark anthemic, angsty rock peppered with experimentation that screams of a band left to their own devices.

There is the odd misstep – Moonlit Seabed explodes into a jarring shower of Enter Shikari-style techno-synths that seems shipped in for no good reason – but, in the piano-drenched, guitar solo-ridden Silver Womb and the queasy harmonies of Escape To Mysteriopa, they’re using their DIY freedom to stretch their tendrils into uncharted waters.

The heartbreak and self-doubt remains in the lyrics, but the music suggests an unshakeable confidence in what they’re doing.