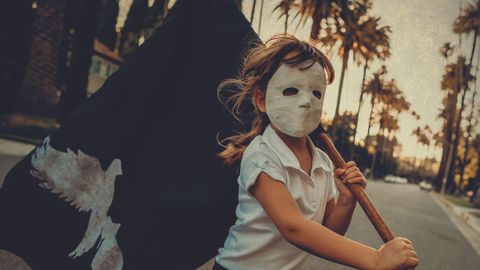 The masked Californians’ fifth full-length is being released independently through the band’s own label and the gang is in full control. With almost 10 years since the release of platinum-certified 2008 debut album Swan Songs, this industrial-fused rap-rock band have perfected the formula and Five boasts some of the most confident, crisp, heaviest and simultaneously catchiestsongwriting to date. Having lost Deuce and Da Kurlzz, the quintet currently consists of Charlie Scene, Danny, Funny Man, J-Dog and Johnny 3 Tears and, apparently, getting more hands on agrees with them. In not needing to answer to a label, the band arehaemorrhaging hit-worthy singles. First single California Dreaming blends party-loving aggression with a radio-friendly chorus, Black Cadillac sees a guest appearance from Cypress Hill’s B-Real, and both Pray and Whatever It Takes are so sticky it’s criminal.