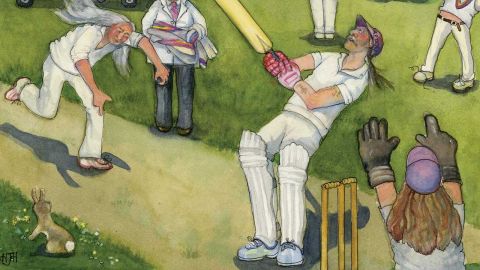 1. Quark, Strangeness And Charm
2. The Watcher
3. We Took The Wrong Step Years Ago
4. Flying Doctor
5. Psychic Power
6. Hymn To The Sun
7. The Age Of The Micro Man
8. Down Through The Night

We’re all familiar with the well-worn phenomenon of bands in their latter years re-recording choice items from their back catalogues. Some do it to better represent their contemporary live incarnation, others because they’ve come to hate their former bandmates, Dave Brock’s apparently done it because he bumped into Mike Batt in the US Embassy’s visa queue.

Ex-Womble wrangler Batt has more than made his mark here, he’s rearranged, played piano and orchestrated. With mixed results.

Brass predominates, and Brock’s guitar is often lost in a mix favouring Batt’s keyboards. Bob Calvert’s characteristic vocal is much missed on a pedestrian Quark, Strangeness And Charm, and the coup of securing Clapton’s services for The Watcher finds Slowhand sleepwalking through a masterclass in snoozy blues.

And the sleeve? More Barney Rubble than Barney Bubbles. A Brock-sung acoustic setting of We Took The Wrong Step Years Ago is a highlight, but the less said about how the massed saxes treat Down Through The Night the better. Shame.