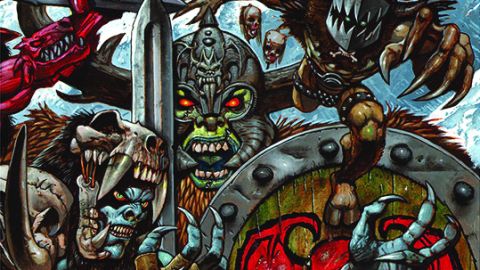 Over the years, GWAR’s sound has become codified into a Cannibal Corpse/Sabbath-style thrash metal, mostly unlistenable but pleasingly dark and numbskull nonetheless.

The song titles may be a little lacking this time round (although The Sordid Soliloquy Of Sawborg Destructo makes up for it), but The Blood of Gods is more of the same monstrous bilge.