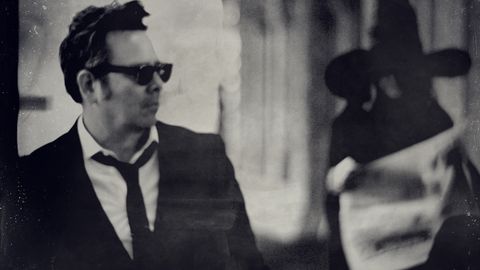 ’Widdershins’ is an arcane word meaning counterclockwise or against the sun’s course. It’s considered unlucky. Grant-Lee Phillips revives it to question our path in turbulent times.

Although in his own career he has made unexpected lurches from country to 80s covers, this ninth album since he parked the Grant-Lee Buffalo band name sees a return to what he’s best at: emotional rock songs that marry grandeur and raw punch. Working again as a trio (with bassist Lex Price and drummer Jerry Roe) and recording mostly live over four days in Nashville, he’s activated his strongest instincts of urgency and intensity. Whether it’s sideways social comment blazing with guitars (Unruly Mobs), or poignant self-reflection with undulating melodies (King Of Catastrophe), this showcases his soulful, vulnerable voice, which never fails to catch every colour in a song. Locating the sweet spot where spontaneity and polish meet, Widdershins swings in all the right directions.