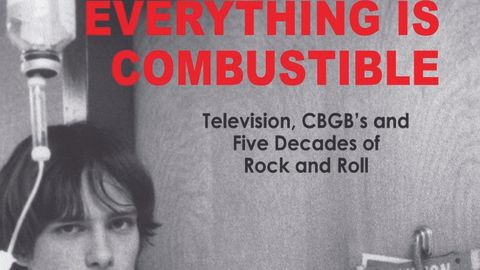 Just as his unique guitar playing fed into the superior chemistry of Television, the New York band he co-founded in late 1973, Richard Lloyd’s life has been anything but ordinary. An intense character prone to out-of-body experiences as a child, he was already snorting heroin by the time he got to junior high, followed by a series of manic episodes that saw him yo-yo between mental institutions as a teenager (he was later diagnosed as bipolar). Before we even get to Television, he’s giving hash to Robert Plant, jamming with John Lee Hooker, getting punched by Hendrix and turning tricks as a male prostitute.

Lloyd’s prose is often a little clumsy, but the tales are spectacular. Tom Verlaine is portrayed as an arrogant control freak as Television gain traction, although Lloyd (by then an alcoholic and “full-fledged junkie”) is beyond caring. Cue near-death experiences, rehabilitation and a singular road to spiritual enlightenment.