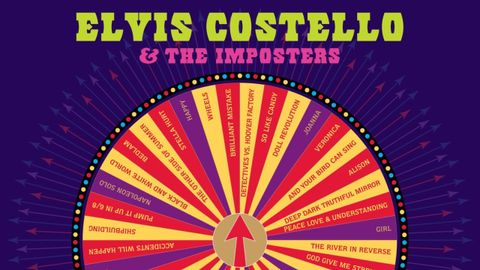 Oddly controversial before its release thanks to its enormous price tag – for which it was roundly slammed by none other than Costello himself – the Spinning Songbook, in a presumably cheaper format – is possibly the most fun album Elvis Costello has ever released.

As its name gently suggests, it’s a recreation of the 1986 shows where songs were chosen off a big wheel to be performed by Elvis Costello And The Attractions.

I asked Costello after one of those shows why he didn’t release a live album, and am now delighted that 25ish years later he has considered my question. This is a daft, serious, exciting and above all lively collection of live greatest hits and personal favourites (including two Nick Lowe covers, Heart Of The City and (What’s So Funny ‘Bout) Peace Love And Understanding).

Complete with DVD, this is a top selection from the beloved dynamite.