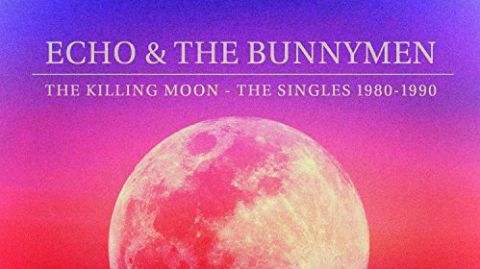 Despite their apparent stadium-worthiness (and attempts to radio-befriend their sound), the Bunnymen were just a bit too cool and weird to become arena dullards, with Ian McCulloch also being unusually lippy in more than one way.

This new single compilation confirms the brilliance of the Bunnymen at every stage of their career. Unusually, it even contains Enlighten Me from their Mac-less period, as well as early flop The Puppet, while missing out Lips Like Sugar and Zoo debut Pictures On My Wall.

It ranges from the epic title track to the twisty Rescue, through the cloning of People Are Strange and the college dancefloor hit Bring On The Dancing Horses.

It feels a bit scattershot as a compilation, but then Echo & The Bunnymen left consistency to their flag-waving peers, and were all the better for it.

An entry-level compilation, but a good one.