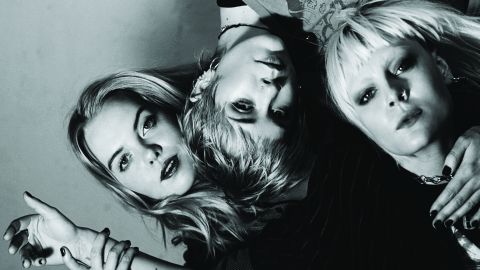 Their debut album is an amalgam of styles – most obviously the infectious fuck-you pop of Yeah Yeah Yeahs, also PJ Harvey and more than a taste of proto-Riot Grrrl bands – with scattergun literate vocals shredding across dancefloor fillers such as Kids and the ecstatic Fire over state-of-play guitar euphoria and insistent electronic rhythms.

On the brutal revenge song F.U.U, you can almost taste the sweat dripping down the walls of the packed, steamy indie nightclub. Taste is about as slow as they get, and this is a screamed romp.

Elsewhere, tribute is paid to seminal forgotten Scottish indie band Life Without Buildings as melodies layer on top of melodies, vocals crash into more vocals – singer Rakel Mjöll is a major force – guitars serrate and cut through the bullshit, and tension grows. Always.