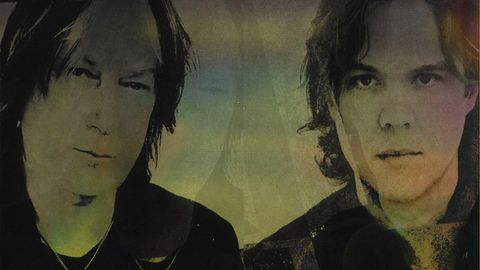 Did Asia kill the Buggles star? A tad unfair, perhaps, as it would be hard to argue that Geoff Downes has suffered from his career with Asia or Yes. But DBA, a project that teams him up with singer and producer Chris Braide, has unleashed his inner pop self that hasn’t been heard since he was killing off the radio star three decades ago.

Braide has made his name writing and producing for Christine Aguilera, David Guetta and Lana Del Ray, among others, but this collaboration is an ode to the 80s, with a sumptuous production which many acts of that era would have died for.

The songs of yearning love and the passing years are brilliant pastiches that are superbly sung and arranged. So not prog then, although anyone who bought Yes’s 2011 album Fly From Here (that reunited Downes with Buggles buddy Trevor Horn) may be pleasantly surprised.